Tragically misreviewed on nearly every possible level. You are going to be delightfully surprised if you muster the courage to have a go at it. 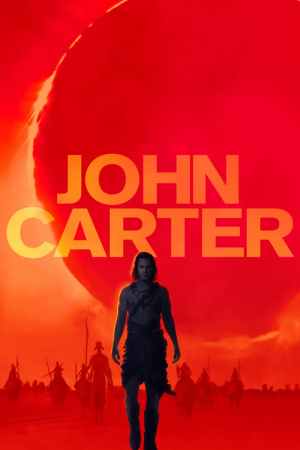 Clearly, there are certain mysteries in life that defy any understanding. For example, why does Medicare deny paying a penny for hearing aids for anyone, thus forcing the working class to choose between hearing difficulties and forking over $5000 out of their own pocket? Why does Indiana really need to be a “right to work” state when we attracted a Super Bowl where the owners and its players fully embrace a union? If Rush Limbaugh calls a 30-year old female law student a “slut” and a “prostitute”, what do you suppose he calls his three ex-wives?

More importantly, why in God’s name do so many movie critics rip the totally enjoyable John Carter? It is fun, romantic and at times visually stunning. It is also both challenging and a bit provocative, and I will gladly risk my dwindling credibility by fully recommending it.

More to the point, the same people who criticize it for falling far short of recouping its initial cost of production completely fail to note that the same thing applied to last year’s over-hyped Hugo. Despite the fact that it was largely praised because it was directed by the legendary Martin Scorcese, the small amount of money it made at the box office fell far short of its original cost. If those critics who praised it ignored that fact, how did they find any possible standing in making fun of John Carter?

This is a movie that is a wonderful trip from beginning to end. Taking place in the early 1880’s, it tells the tale of a dispirited ex-Confederate soldier who is trying to cope with the loss of his wife during the war. That person, John Carter, ends up stumbling onto a mysterious device that transports him to a world he soon learns is Mars.

Once there, he confronts a world that suffers from the same problems facing the United States prior to 1860. Various cultures are assaulted by those who care for little other than domination, and Mr. Carter is reluctantly forced to choose sides.

Not only does he eventually choose to adopt a small civilization of aliens twice as tall as him, all having four arms and horns, but he also discovers another small group that looks exactly like humans. They are led by a beautiful princess that he cannot avoid.
The princess, Dejah Thoris, is played by Lynn Collins, and she is as spirited as she is provocative. Forced to choose between the annihilation of her people or the marriage to a hated enemy, she embarks on a journey that draws Carter to her cause. She is an interesting, intelligent, hard-nosed woman, and there is little reason to wonder why John Carter rediscovers the thrill of life.

Mr. Carter is played by Taylor Kitsch, a good looking guy who has trouble getting out of his own way. You can’t help but like him despite his obvious flaws. Additionally, the movie is tremendously helped by the performances of some great actors. Mark Strong again proves that he is the best villain working today, here playing the leader of a group of thugs who cares for nothing but himself.

The wonderful Ciaran Hinds hits the mark as the father of our princess, a man who must sell his daughter into a hateful marriage to save his people. Finally, Samatha Morton, Willem Dafoe and Thomas Haden Church are flat out special as aliens who struggle with their own salvation. It is worth nothing that the special effects, particularly the ones reflecting the desolate landscape on Mars, are quite compelling, and they no doubt resulted in the high cost of the film. But the simple fact is that the story has a way of grabbing your heart, whether you are comfortable with that feeling or not.

If you are a fan of either WALL-E (2008) or Finding Nemo (2003) you will instantly understand. John Carter is directed by Andrew Stanton, the man who directed these captivating films. Simply stated, if he could really make you care about a tiny robot living alone on a distant planet and a fish who tried to face the unknown after his mother was killed, then why should you possibly think that Mr. Stanton could not accomplish much of the same feel with his new film. I didn’t doubt him, and you shouldn’t either.

Yes, I know that many of you will not pull the trigger and see this John Carter. But those who choose to leave it alone are missing one undeniably good time, so please keep that in mind.