Rating: Highly Recommended no matter what your feelings are about summer action films. 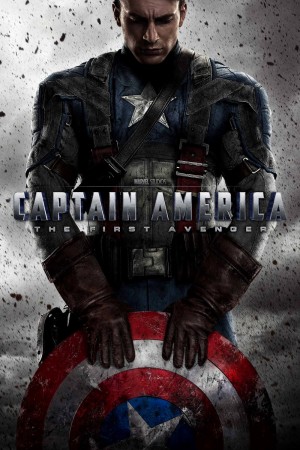 One fundamental rule applicable to any movie reviewer involves the willingness to risk making a complete fool out of yourself. Fortunately, having practiced criminal defense work for over 35 years, much of it as a public defender, that is a state of being that I embrace with complete comfort.

So with that mild disclaimer, let me flatly state that Captain America joins X-Men and Super 8 as the best action movies this summer. Like the other two, it wraps its comic book heroes and villains with authentic human emotions, and you end up with a film that can surprisingly stand on its own dramatic merits.

As I have repeatedly said, these type of action films cannot come close to succeeding without a believable villain. And Captain America has a splendid one in the person of Johann Schmidt/Red Skull, played by the accomplished Hugo Weaving. Mr. Weaving’s Schmidt is a mad Nazi scientist in World War II who is trying to master the dark forces of nature to not only conquer the Allies, but Hitler himself. He is a maniacal, terrifying force, and Mr. Weaving lends him a credibility that elevates Captain America to a level not otherwise attainable by its heroes alone.

On a personal note, I consider Mr. Weaving to be one of the most significantly underrated actors working today. Think of his role as Neo’s laconic protagonist in the great The Matrix (1999); his role as Elrond, the leader of the Elf Kingdom in the unsurpassed Lord of the Rings trilogy (2001, 2002, 2003); not to mention his extraordinary performance as the tortured yet sympathetic terrorist opposite Natalie Portman in the woefully overlooked V for Vendetta (2006). Without question Mr. Weaving is an instant asset to any film.

Another asset of Captain America is that it takes place during World War II. As a result, the film has an instant historical credibility which both elevates the suspense while evoking recognizable emotions. Nothing needs to be explained when it comes to the moral necessity of fighting Hitler’s evil empire.

All of the above act as a rich tapestry around which the plot of Captain America unfolds. Chris Evans is surprisingly quite good in the lead role, a 90-pound weakling rejected for military service who becomes an 800-pound gorilla following an experimental scientific procedure seen in the previews. As Evans displayed in the light weight Fantastic Four films (2005, 2007), he has a whimsical sense of humor, and he is far more than just another pretty face.

While the supporting actors in Captain America do not make the film, they are integral to its success. In particular the always reliable Tommy Lee Jones takes what could have been a caricature of an Army Colonel and injects some subversive humor that is vintage Jones. Does anybody have a more perfectly weatherbeaten face in all of Hollywood?

And once again Toby Jones flies under the radar screen, here as Dr. Amim Zola, the brains behind Red Skull’s demented plans. Jones is quietly effective in every role he embraces as noted by his wonderful performances in W (2008), where he played Karl Rove; his performance as the agent Swifty Lazar in Frost/Nixon (2008); his dissipated physician in The Painted Veil (2006); and most of all, his completely spot-on performance as Truman Capote in Infamous (2006).

Furthermore, a compliment must be paid to Ms. Hayley Atwell, who plays the military liaison officer who eventually falls for Captain America. Mercifully, she not only rises above the typically objectified image portrayed by so many women in these action films, but she has an independent intelligence combined with an edgy personality that allows her to stand as an equal to our super hero.

Finally, while the ending shamelessly panders to the next big super heroes movie of next summer, The Avengers, where Thor, Captain America, Iron Man and the Hulk, among others, join forces to fight evil, it nonetheless was a welcomed, bittersweet and almost wistful conclusion. This is anything but the ending you will find in Transformers or Green Lantern where the hero is observed in some tacky scene kissing the girl. Our dénouement here is far more dark, not to mention uncertain, and the movie greatly benefits from it.