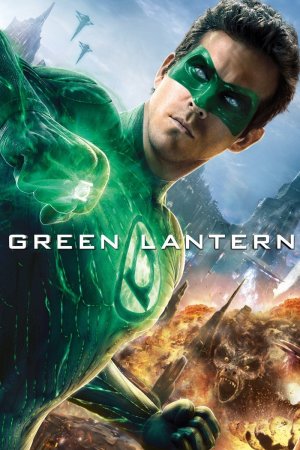 With all due apologies to Kermit the Frog, this has not been a good year for being green. Seth Rogan’s Green Hornet was a bloated, boring, self-satisfied mess, and the Green Lantern isn’t any better. Where the Green Hornet at least held your attention occasionally with its grating obnoxiousness, the real risk of seeing the Green Lantern is the distinct possibility of boring yourself to death.

Ryan Reynolds is horribly miscast in the lead role, something that is now all too apparent to the producers of this lame film. You never once take him seriously as the movie’s designated super hero, not the least of which is the fact that he doesn’t take himself seriously.

Sure, Mr. Reynolds has proven to be both vulnerable and likeable in such quirky movies as Definitely, Maybe (2008), The Proposal (2009) and Adventureland (2009), but those roles were in many ways the antithesis of a super hero. In effect, he was a handsome schlub who doesn’t win the love of his life primarily because he is too clueless to do so. He doesn’t get the girl, she gets him.

In Green Lantern nothing works on any level. To begin with, the story is goofy and unconvincing. To make matters worse, the villain is little more than an amorphous dark cloud that looks less sinister than Jack Black in costume in “Nacho Libre” (2006). And Neanderthal Man would have never discovered fire if he had to rely on the sparks generated by the lamentable pairing of Reynolds and Blake Lively.

In addition, great character actors like Mark Strong, Tim Robbins and Angela Bassett are wasted playing characters who have no depth or dimension. Only the talented Peter Sarsgaard brings any life to this misfire of a film as the introverted son of Mr. Robbins who mutates into a comically sinister sub-villain after his inadvertent encounter with extraterrestrial pixie dust.

The bottom line is that this is one Lantern with a very dim bulb, and the only thing remotely positive I can say about it is that it is overwhelmingly unlikely to again arise from the cinematic boneyard and inflict further tedium on the movie going public.