When I was a kid, eating meat on Friday was a Mortal Sin. Need I say more about the need for change in Rome? 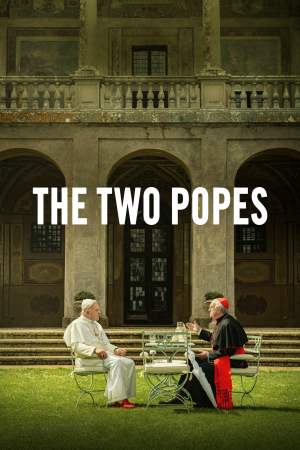 The Two Popes hits a cinematic home run on multiple levels. Historically significant, the incredible screenplay by Anthony McCarten is as witty as it is intellectually stimulating.

To begin with, the incredible performances by Jonathan Pryce and Anthony Hopkins have to be recognized when Oscar nominations are announced. Mr. Pryce plays a Cardinal from Argentina who comes to Rome to seek permission from Hopkins’ Pope Benedict to retire. However, with Benedict facing a scandal and self-doubt, an unanticipated relationship develops that is as captivating as anything you have seen on the big screen in years.

With the Pope as conservative as the Cardinal is liberal, their interaction reveals the weaknesses of both men. As the Pope suffers with a financial scandal involving a close associate as well as an anachronistic conservative approach to Catholic teachings that is driving many people out of the church, the Cardinal reveals his ghastly cooperation years earlier with a military dictatorship that ravaged Argentina. Having evolved into a Cardinal dedicated to helping the poor, he is forced to confront the sad reality that he contributed to thousands of children in his own country who disappeared at government direction for unknown reasons.

Incredibly, it is these conversations that make this film such a cinematic success. Despite having little in common, the present Pope and his soon to be successor known as Pope Frances find common ground that also involves moments of unexpected laughter.

However, what made this film stand out for me was the opportunity to explore what is wrong with the Catholic Church to this very day. Sadly, though dedicated to the teachings of Jesus Christ, the Church proceeded to adopt standards centuries after Christ’s death that are discriminatory by any definition.

As an example, look at what is happening in Indianapolis today with an Archbishop forcing the firing of married gay teachers at Catholic high schools. There is no theological basis for such actions, and it makes it impossible for many Catholics to attend church until the Archbishop’s actions are both criticized and condemned.

While both the condemnation of abortion and divorce find their roots in medieval thinking, the Church’s discrimination of women has got to come to an end. The Church would immediately find both inspiration and admiration if it would finally allow women to be priests, and Catholics as a group should demand such action. And that includes removing celibacy requirements and allow priests to marry.

The sad reality is that the Church is dominated by a group of aging Cardinals who need to revisit the teachings of Christ in a fashion that welcomes Jesus into the modern world. Pryce’s Cardinal who is now our Pope clearly has fought for change that has meaning, and all of us should support him whether or not we are Catholic.

← Queen & Slim
A Beautiful Day in the Neighborhood →

One thought on “The Two Popes”