The best way to describe IT Chapter Two is that IT had one too many chapters. 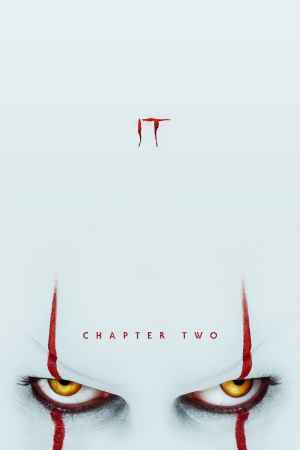 No one could be more disappointed with IT Chapter Two than me. I loved the first one, which was released in 2017. Tragically, despite the fact that the sequel showed great promise, I and others were bored with this film from beginning to end.

To begin with, Director Andy Muschietti made a grave mistake with the length of this movie. It runs two hours and forty-nine minutes and the tedium reminded me of waiting for the injected pain killer to take effect in a dental chair before having a root canal.

On top of that, it is astonishing that two of my favorite actors, Jessica Chastain and James McAvoy, have been in the worst movies of 2019. The only positive thing I can say about this movie and Dark Phoenix is that being forced to watch them as a double feature with a close friend would remind you of the old phrase “misery loves company”.

Quite frankly, this film flirted with the quality of its predecessor when it revisited the kids which starred in the first movie. Members of a group called the Losers Club, these kids were able to overcome their fear and band together to try and defeat Pennywise the Clown (Bill Skarsgård). In that regard, there has never been a more terrifying moment in any movie than when their young friend Georgie was dragged to his death into a sewer by Pennywise.

What made this movie run off the rails was the lengthy depiction of these kids as adults 27 years later. Though all but one of them eventually moved out of their hometown of Derry to pursue careers elsewhere, they were called back by their friend Mike (Isaiah Mustafa) to again battle their old enemy.

Unfortunately, the initial scenes of these characters pursuing largely uninteresting careers were exacerbated by Director Muschietti’s decision to have each one embark on individual excursions to find a way to defeat Pennywise when they return to Derry. Though these scenes went on and on and on and on, they were only saved when the adults were reminded of moments when they were adolescents. The youngsters had some style and enthusiasm that they lost as they aged, and I can only imagine the infamous clown deciding that they were all too dull and boring to devour.

However, if you doubt my description of this film, I can only ask you to focus on the wretched performance given by the talented Bill Hader as the character known as Richie Tozier. He returned to Derry as an extremely angry young man. In the process, in nearly every scene he is left dismissing everyone and everything with the “f-word” and I will revisit my comment that Pennywise had to think he was wasting his time messing with these idiots.

Let me simply close with the regrettable observation that Director Muschietti failed to have the camera focus on Pennywise, the villain in this movie. Other than the ending, Skarsgård’s clown, the character that made the first film, was left largely on the sidelines. While this was regrettable, by the time that I quickly left the theatre I really didn’t care.