To use this movie’s title, this undoubtedly will be the most forgettable Climax you will ever endure. 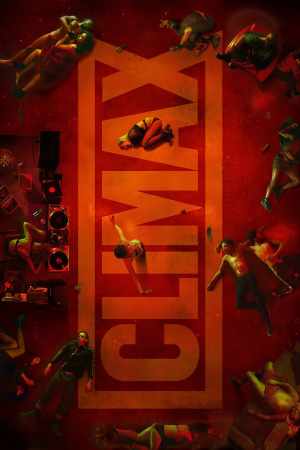 Climax, directed by Gaspar Noé, may qualify as the worst film of this or any other year. From a reviewer’s standpoint, it is the exact opposite of Captain Marvel. While the first 20 minutes of Marvel were both confusing and disappointing, it rallied to become a wonderfully entertaining film. With Climax, though the first 20 minutes involve a dance sequence that is artistically mesmerizing in every respect, it devolves into chaos that comes close to robbing you of your dignity.

Though I had my doubts before buying a ticket, I was attracted by the fact that the film starred one of my favorite actresses, Sofia Boutella. An Algerian/French actress, she was unforgettable in Atomic Blonde (2017), Kingsman: The Secret Service (2014) and Star Trek Beyond (2016). Unfortunately, despite her artistic talent, there was simply no way that she could save this movie from itself.

From the film’s beginning that preceded the credits, you watch an overhead shot as a scantily clad woman staggers through a snow-covered landscape, leaving a trail of blood in her wake. It quickly jumps to a dance studio in France where various performers appear in brief cameos where they were trying to qualify for the dance group that was soon to leave for a performance in the United States.

As noted, the film’s beginning is absolutely stunning. While you will see some of this in the movie trailer, the performance of all of these dancers is beyond meaningful description. Their flexibility is breathtaking, and they engage in a creative group performance that will leave nearly every member of the audience tapping their feet to the loud musical score.

However, let me simply advise all of you that the time to leave the theatre is when the dance sequence ended. As this engaging group drank glasses of sangria from a large bowl as they celebrate their performance, they all proceed to gradually lose their minds. Someone spiked the sangria with LSD and the disturbing results were similar to that observed in Supsiria (2018).

Everyone goes completely berserk. A pregnant dancer is brutally kicked to within an inch of her life. Others are beaten and choked to death. Though a mother who brought her 6-year-old son locks him an electrical closet for his safety, you soon hear his agonizing screams as his mother frantically looks for the lost key. Finally, a brother and sister end up in bed together with obvious consequences.

What helped make this movie such a miserable experience is that the last half of it was confined to the dance studio and adjoining rooms after the electricity failed. As a result, Director Noé filmed most of the scenes with his camera inverted so that the characters appeared upside down. Given that this movie is largely in French, English subtitles were also occasionally inverted.

As I fled the theatre after this miscarriage of cinematic justice ended, I had to laugh as I thought of the one event that would have made this film a complete horror show. Given its semi-perverted nature, I wondered what the experience would have been like if the theatre contained only 15 or 20 male viewers who sat in their large coats with their hands in their pockets. I think you get the idea.

← Birds of Passage
To Kill a Mockingbird →