This is a supremely missable film. Dull as it is tedious, it takes a long time to go nowhere. 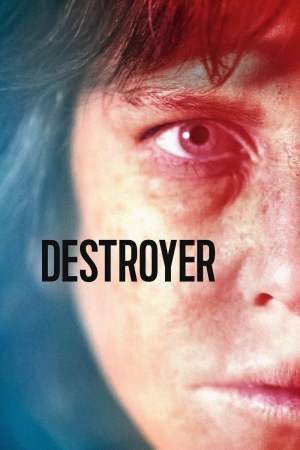 The only reason to see Destroyer is to observe Nicole Kidman with the same pouting expression and wearing basically the same clothes throughout the entire film. Ms. Kidman continues to appear in a series of lack-luster films that include The Killing of a Sacred Deer (2017) and this year’s Boy Erased and The Upside. She has clearly proven to be a powerful actress who has made a number of very poor professional decisions over the past several years.

With Destroyer, she plays a detective named Erin Bell, a woman haunted by a tragic past that gradually is revealed by the film’s conclusion. She is depressed beyond words and sloughs along in street clothes that looks like she will be standing on a busy urban intersection begging drivers for money. On top of that, her hair is both undone and unwashed, and director Karyn Kusama makes the unfortunate mistake of continually having close-ups of Ms. Kidman’s emotionally ravaged face that is an insult to homeless women.

As noted, you gradually realize that something has happened to Detective Bell in her past that continually leaves her on the edge of emotional destruction. The film flashes back and forth to her past where she is working undercover with Chris, the talented Sebastian Stan, a man with whom she is romantically attached. You know that something awful has to happen to them, and the only relief you may experience is the hope that this movie will quit dragging on and simply end.

Kidman’s Detective Bell is disliked by nearly everyone, which includes drug dealers played by Toby Kebbell and Tatiana Maslany, not to mention her own teenage daughter Shelby (Jade Pettyjohn). She is one of the few characters in film that you can neither root for, sympathize with or like, and you will undoubtedly understand why I quickly sought the exit along with others when the film concluded.

By the way, did I tell you that I didn’t like this movie?