Commentary on Christianity, Bigotry and Hatred

Something very ugly is occurring in our country that should concern all of us. While we have a President who insults everyone as if it is an American custom, many citizens of this country are tragically following his lead which includes many of his Christian Evangelical supporters. 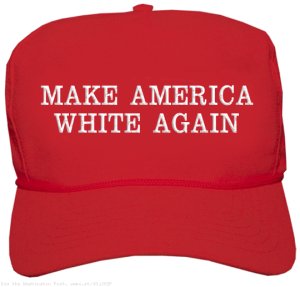 That begins with his dismissal of immigrants as if they are all crooks and drug dealers. The reality is that he is nurturing an ethnic hatred that has been exploited by political leaders for several hundred years where citizens were encouraged to hate Native Americans, African-Americans, Irish immigrants and Catholics, Chinese and Japanese migrants and now Hispanic families trying to seek a better life and impossibly become U.S. citizens. Not only has our President destroyed the very meaning encompassed by our Statue of Liberty but his cry to “Make American Great Again” has come to mean “Make America White Again.”

But the ugliness flowing from the White House has seeped down into our culture at various levels, which unfortunately includes much of our Christian community. As an example, look at the actions of the wife of our Vice President and Roncalli High School here in Indianapolis, who attempt to justify discrimination based on Christian principles. That is a profound insult to all Americans, Christians or not, as it ignores our Founding Fathers’ promise that all Americans are guaranteed the rights of life, liberty and pursuit of happiness.

As the president of Guerin Catholic High School, John Atha said after reacting to five high school cheerleaders who made an ugly rap song where they mocked another student, “As Christians, we strive to protect the dignity of each human person.” If that represents the true meaning of Christianity, then both Karen Pence and Roncalli should be held accountable as they seek to ban both homosexuals and LGBT teachers and students at the school they represent. How can Christians support discrimination as long as it isn’t directed at them?

On top of that, the Golden Rule reads, “Do unto others as you would have them do unto you.” This is a simple principle where Christians are to treat others as you would want to be treated. Roncalli and Ms. Pence are mocking that principle in the name of Christianity. In addition, we should all remember that Christianity served as a basis in the Antebellum South for justifying slavery. We should not forget that history.

And then there are the ugly incidents where members of a Zionsville soccer team are pictured doing a Nazi salute, the same thing that took place at Cathedral High School in 2016. What on earth were those young people thinking?

At a minimum they should be required to read and report on William H. Shirer’s The Rise and Fall of the Third Reich. What they are doing is embracing an anti-Semitic Nazi salute that led to the extermination of 6 million Jews under Hitler’s reign of terror. Why on earth would they want to replicate that salute that is a ghastly insult to every Jewish citizen living in this country and around the world.

As we celebrate a holiday remembering the remarkable life of Martin Luther King, it is important to remember that he was gunned down 50 years ago by a racist assassin. The same thing happened in a Jewish synagogue last year in Pittsburg. The Zionsville soccer boys referred to above need to hope that they don’t inspire violent actions by other racists lurking in the shadows in our country today.

← On the Basis of Sex
Shoplifters →