A transcendent historical film that is difficult to watch given its appalling political significance. 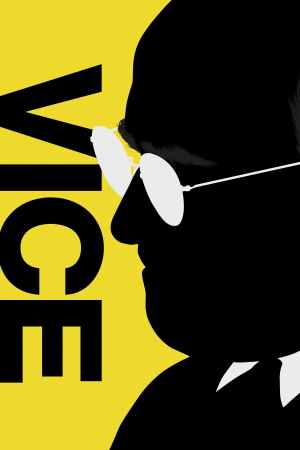 While Dick Cheney remains one of the most intellectually devious Vice Presidents in the long history of our country, Adam McKay forces you to remember the tragic consequences of his actions.  Other than his love and admiration for his wife Lynne (Amy Adams) and his admirable public acceptance of Mary (Alison Pill), his gay daughter, this man was devoid of a single likeable trait.

Director McKay follows the development of Cheney from his early days when he was kicked out of Yale for his alcoholic excesses only to find redemption when Ms. Adams’ Lynne tells him that it is either time to get his act together or she will leave him.  Ms. Adams gives an Oscar worthy performance as a strong-willed woman who guides her husband with the joint use of a passionate kiss and an emotional whip.

However, this movie belongs to Christian Bale who literally is transformed into Dick Cheney in the same fashion as Gary Oldman in last year’s Oscar winning performance as Winston Churchill. Bale is stunning at every turn, and he could very well win his own Oscar as well as bestowing on this film an award in the make-up category.

You film fans will quickly become riveted as you watch Cheney snare a position with Illinois Congressman Donald Rumsfeld and thereafter use connections to eventually serve as White House Chief of Staff, House Minority Whip and Secretary of Defense.  He eventually left government to become CEO of the infamous company known as Blackwater, and their connection did not end when Cheney became President Bush’s Vice President in 2000.

As Cheney built his resume, director McKay focuses on his dedication to finding legal authority to have the Executive Branch escape control and responsibility to both Congress and the American public.  His efforts reach fulfillment when the United States Supreme Court, in an opinion joined by Justice Antonin Scalia who ironically had a previous professional relationship with Cheney, refused to allow Florida to conduct a presidential recount resulting in Bush becoming President despite winning Florida by less than 600 votes.

And then came 9/11, where Osama bin Laden wreaked havoc on our country that had to exceed his expectations.  Thousands may have died in New York City, but with the help of Vice President Cheney we ended up in the Iraq War on false pretenses.  Though Saddam Hussein had nothing to do with the actions of bin Laden, we started a war that removed Saddam only to allow the terrorist organization ISIS to replace him.  That responsibility lies at VP Cheney’s doorstep, and it cannot be forgotten, nor should it be forgiven.

As you watch this nightmare unfold, the movie is at its best as you watch Rumsfeld, Paul Wolfowitz (Eddie Marsan) and Scooter Libby (Justin Kirk) smugly involve our country in a Middle East conflict that resonates to this very day.  In particular, there is a hysterically funny moment where those individuals sit in a restaurant where the waiter, played by Alfred Molina, describes a menu that includes all of the excesses our government used in Iraq.  This included the use of torture, which was simply excused by Cheney under the theory that the United States does not engage in torture.

Another fabulous moment in the film is when Candidate George Bush, played in unforgettable style by Sam Rockwell, allows Cheney to demand that he will accept the position of Vice President if he is allowed to control the military and other foreign service operations.  Looking at him for a moment while he devours a hunk of chicken, Bush simply nods as he says “Okay.”  Disaster unfolded both overseas and at home where Roger Ailes, a political ally, created the powerful Fox News.

It is hard to find any reason to admire Dick Cheney despite his admirable fight to conquer heart disease.  Thousands of Americans died in Iraq while we still remain in Afghanistan 17 years later.  From dawn to dusk, right wing radio stations across the country angrily support a cause that has placed Donald Trump in the White House.

A shameful epitaph is awaiting Mr. Cheney when he says goodbye to a world inflicted with damaging scars that he personally created.