A Commentary on Our President 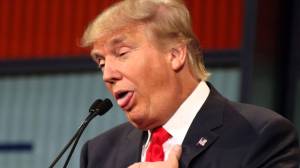 Like it or not, how can anyone deny that President Trump has forfeited any semblance of dignity, honor and respect. Having avoided military service by faking bone spurs, he proceeds to ridicule the late Senator McCain despite him being held as a prisoner of war for over five years in Viet Nam.

On top of that, he continues to ridicule Special Counsel Robert Mueller despite his honorable service in that same war.  Nothing will wash that shame away by any definition.

One thought on “A Commentary on Our President”