Regardless of your feelings about Tom Cruise, this is a magnificent film on multiple levels. 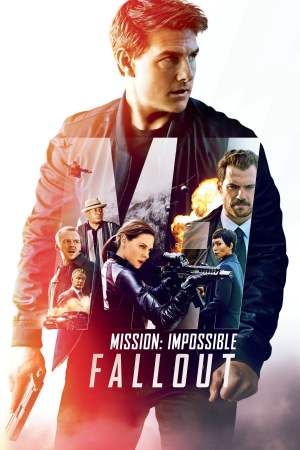 Tom Cruise joins Denzel Washington in breaking out of a cinematic slump.  Reprising his role as Ethan Hunt in Mission: Impossible – Fallout, he leads his team on another trip around the world trying to infiltrate an organization that has put his own career at risk.

It is important to note that this film has an emotional appeal that extends beyond its magnificent special effects.  While Cruise crashes helicopters, sky dives, races and wrecks on motorcycles, climbs sheer cliffs and jumps from one tall building to the next, his character hides a secret that allows you to share his emotional torture.

Simon Pegg and Ving Rhames reappear as part of his IMF team, and they add a comic touch that repeatedly will leave you shaking your head as you suppress a grin.  In addition, Alec Baldwin and Angela Bassett resume their roles as CIA operatives who find themselves struggling to see if it was possible that Hunt had crossed over to the dark side.

The film centers on an international group of terrorists known as the Apostles who have gained access to several pods of plutonium that they intend on using to construct nuclear devices to attack a world that they hate.  Henry Cavill, who many of you will remember from his unimpressive performances as Superman in the equally unimpressive Batman v. Superman: Dawn of Justice  (2016) and Justice League (2017), plays August Walker, a CIA agent forced on the Mission Impossible team.  Cavill’s Walker is profoundly arrogant and you are left wondering from the beginning if he is hiding some nefarious agenda.

However, like many recent action films, it is the performance of several actresses who make this film so appealing.  It begins with Michelle Monaghan, here playing Julia Meade-Hunt.  She has several captivating moments as Hunt’s ex-wife, and the reason their marriage ended will touch your heart in a fashion that you would have never expected.

And then there was the memorable performance by Vanessa Kirby who plays a cunning villainess known as the White Widow.  She is a woman on a mission, and you will have a hard time seeing any scene as beautifully horrifying as when she quickly removes a dagger from her garter belt.  I encourage all of you to watch her Emmy nominated performance as Princess Margaret in the Netflix series The Crown.

However, just as she served as the glue that held the last Mission Impossible film together, Rebecca Ferguson recreates her role as Isla Faust, an agent with a hidden agenda like nearly everyone else in this fine movie.  Ironically, she saved Hunt’s life several times in the last IMF movie and she does the same thing here.  She has become one of my favorite actresses and you movie fans should find a way to hunt down her role as the singer who nearly ruined Hugh Jackman’s life in last year’s The Greatest Showman.

Having watched Ethan Hunt once again repeatedly dodge death, I was reminded of Denzel Washington doing the same thing as Robert McCall in Equalizer 2.  Quite frankly, I wish there was a way where a movie could be filmed that pitted the two of them as sworn enemies seeking the other’s destruction.  It is impossible to imagine who would come out of that encounter as the winner.