As hard as it is for me to say, this is a Saoirse Ronan film that is worth missing 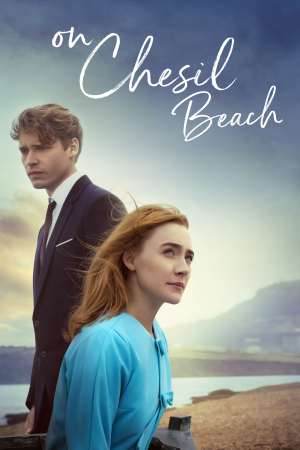 Though the trailer concerned me, there is no actress working today that I admire more than Saoirse Ronan.  She was devastatingly wonderful in Atonement (2007), Hanna (2011), Brooklyn (2015) and last year’s Lady Bird, so I strongly felt that she could make a confusing film entertaining.

I was wrong.  The film begins on the wedding night of a young couple, and it quickly becomes apparent that the bride is afflicted with an emotional sexual disorder that will have expected consequences on their marriage.

The film has many problems despite the expected engaging performance by Ms. Ronan and Billy Howle, the young man playing her husband who we last saw in Dunkirk.  To begin with, despite her problem with sex, the issue is kept secret from her soon-to-be husband.  It is not an exaggeration to say that the entire film deals with a wife’s attempt to avoid consummating her marriage, and it inevitably devolves into an expected angry response from her spouse.

Taking place in 1962, the only thing that helps this boring little movie is that it occasionally reverts to the past where we are able to see the married couple’s individual families.  Mr. Howle’s mother, played in memorable fashion by Anne-Marie Duff, is suffering from a brain disorder after being struck by a train, and Ms. Ronan’s interaction with her is the highlight of the entire movie.

The only other thing that makes the film watchable is its ending.  Without giving anything away, it bolts decades into the future where you see Mr. Howle haunted by leaving the one woman that he desperately loved.  As Mr. Howle watches his ex-wife perform at an awards recital that they both imagined taking place in the distant future, the tears that flow down his cheeks were the only thing that gave meaning to the entire film.