Like last year’s The Florida Project, this film could have been a great movie had it fallen into the category of a live-action short film. 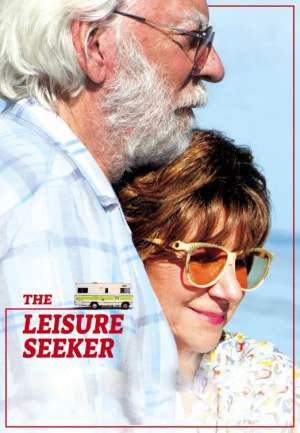 It is hard to believe that a film starring Helen Mirren and Donald Sutherland as an aging married couple running off on an RV trip to experience each other’s company could drown out its promise with dull repetition. Directed by Paola Verzi, it was a movie that proved to be very disappointing.

Ms. Mirren and Mr. Sutherland play Ella and John, a married couple facing the end of life’s road. When their son Will (Christian McKay) comes home to take his mother to the hospital, he discovers that they have departed in their old RV known as The Leisure Seeker. With his father suffering the onset of Alzheimer’s and a mother undergoing treatment for cancer, he and his sister Jennifer (Kirsty Mitchell) are distraught beyond words.

The situation worsens when they learn that their parents are attempting to drive from Boston to visit the home of Ernest Hemingway in Key West, Florida. Mr. Sutherland’s John is a former English teacher, and it quickly becomes clear that his lucid moments center on Hemingway and his works.

The upside of this movie centers on a marital relationship with a devoted wife tolerating a husband whose memory leaves him at a moment’s notice. While she lets him drive the RV, he frequently forgets many things, including the identity of his wife.

As noted above, the movie has some twists and turns during the journey that leave you shaking your head in your seat. Nonetheless, its strength flows from an attempt to focus on a medically damaged husband and wife trying to find a way to say goodbye to life. On top of that, it is tough not to like a film that has a classic actress like Ms. Mirren at the center of nearly every scene.

Being an old Hemingway fan myself, I have had the opportunity to travel to Key West on multiple occasions where I was able to visit his home. As I watched our couple travel through Hemingway’s old residence, I was reminded of my own experience.

The good news is that despite being 71, I remember.