Rebel in the Rye

This is a movie that you should keep on your radar screen. 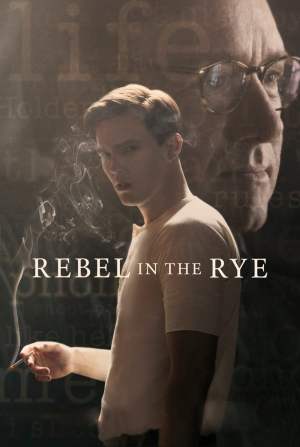 Sometimes tiny films with little or no promotion sneak through and catch the public eye. While Rebel in the Rye, directed by Danny Strong, won’t rival The Big Sick, it nonetheless dances in the same league.

In a nutshell, it concentrates on the events in J.D. Salinger’s life beginning in 1938 with his subsequent military service in Europe and followed by events that led to his writing of one of the great books in history, “Catcher in the Rye”. Raised in a wealthy family in Manhattan and suffering from numerous emotional problems, Salinger sought fame and fortune in a writing career that always seemed to be beyond reach.

It quickly becomes evident that his creation of the legendary Holden Caulfield in many ways mirrored his own life. Though he continually had support from a loving mother (Hope Davis), he suffered constant criticism from his father (Victor Garber in a very good role) who felt he was tossing away his life by pursuing a party-boy persona as he drifted in and out of universities.

But Salinger was a complicated soul, and he finally gained some momentum under the direction of Whit Burnett, a professor played with expected great style by Kevin Spacey. While Salinger was growing frustrated by his inability to get any of his short stories published, Spacey gave him some great advice, namely to put up with rejection as the price of eventual success.

However, just when Salinger was starting to get more comfortable with his life, along came Oona O’Neill (Zoey Deutch) and Pearl Harbor. Ms. O’Neill, daughter of the playwright Eugene O’Neill, promised to wait for Salinger until he returned from the war, and it gave our writer a bit of hope as he took part in the Normandy landing on D-Day. Unfortunately, as he started to begin his work on “Catcher” while sleeping in trenches, he suffered ridicule from his comrades as they read a front page New York Times story that Ms. O’Neill ran off and married Charlie Chaplin.

After being seriously wounded in combat, Salinger returns home after receiving both mental and physical therapy in Europe. His family is further stunned when he introduces them to his wife, a woman who left his family as disjointed as he seemed to be himself.

The rest, as they say, is history. Salinger is able to find an opening in the publishing world under the kind direction of a publicist. She is played by Sarah Paulson who gives one of the best performances of the entire film. He also is helped by a guru who teaches him the value of meditation, and it all leads to describing a character in his soon-to-be famous book who basically reminds him of himself.

Though he continued to write, Salinger eventually retreated to the country where he stopped any attempt to release a subsequent novel. He lived in seclusion and died at the age of 91 in 2010. Though he led a life that few would want to emulate, he has left us with a literary classic that still sells tens of thousands of copies every year despite the fact that it was released in 1951.

I’ve saved for the last what makes this film work, namely the powerful performance of Nicholas Hoult as J. D. Salinger. Mr. Hoult previously displayed his talents in brilliant movies like Warm Bodies (2013) and Mad Max: Fury Road (2015), and he repeats that magic in Rebel in the Rye. Though he generally views his own existence as largely a waste of time, he is singularly dedicated to bringing Holden Caulfield to life as a character who many readers could hopefully find comfort despite being left  repeatedly shaking their heads.

Like Viceroy’s House, this is an historical film that has meaning. It is a story of how genius can evolve if human weakness can be conquered by a determination that won’t quit.

← Brad’s Status
Commentary on the State of the Union →