Forgive me, but Darren Aronofsky’s new film would have been better entitled “MF”. Interpret that as you wish. 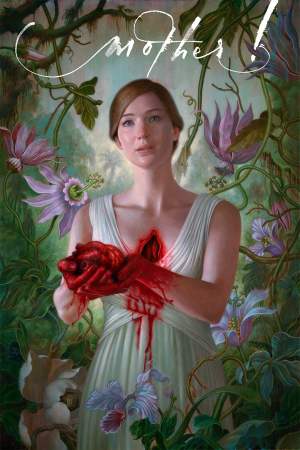 Stated quite simply, Mother is a wretched film on all levels. I’ll forgive the decision of Javier Bardem, Ed Harris and Michelle Pfeiffer to appear in this disaster, but what could possibly have motivated Jennifer Lawrence?

The film is unintelligible from beginning to end. No one is referred to by name, and you watch Ms. Lawrence live with her older husband played by Mr. Bardem in an old Victorian mansion in the country. He is a bored poet who seemingly has lost his talent while she spends every day trying to renovate their home.

In the process, they are visited by a stranger played by Mr. Harris, a man with a cigarette habit in bad health who immediately fascinates Mr. Bardem while alienating Ms. Lawrence. Without any explanation, he asks Mr. Harris to stay in their home.

It is impossible to give away a plot that is preposterous by any definition. What follows is Mr. Harris’ wife (Ms. Pfeiffer) knocking on the door, followed by their two children who arrive days later. They treat the home as their own, and in the process Ms. Lawrence is moved to complete distress.

But that isn‘t the worst part of the film. Ms. Lawrence gets pregnant and eventually delivers a child at home only to have it disappear into the hands of numerous other people who infest their home with Mr. Bardem’s consent. You don’t know what’s happening or why and you soon lose hope that this ridiculous film will quickly end so that you can flee to your car.

It is incredible that may reviewers around the country have waxed eloquently about a film that could very well qualify as the worst cinematic release of 2017. I know that Mr. Aronofsky has a splendid reputation following his award-winning release of Black Swan (2010), but here he has created a complete disaster by any definition.