This is not a great movie, but all dog lovers are bound to get a little teary-eyed on more than one occasion. 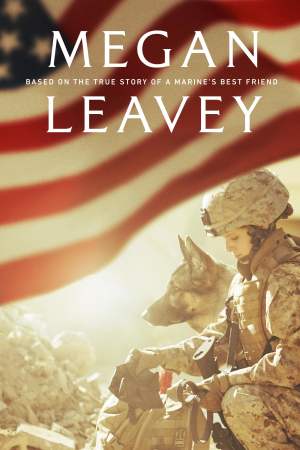 This is a year where bad things happen to good dogs. Disaster struck a beloved family pet in the emotionally gut-wrenching It Comes at Night while Megan Leavey joins Max as a story dealing with the fate of spuds (my beloved phrase) trained to help American soldiers locate explosive devices in both Iraq And Afghanistan.

In Max, our dog’s trainer was killed and he was severely injured in a roadside explosion. Returned to the states where our wonderful government finds many of these dogs to be unfit for adoption, Max is left on a path towards euthanasia. The family of his deceased trainer comes to the rescue, though the plot becomes a bit ridiculous from that point.

Megan Leavey is a more intriguing movie. To begin with, I was determined to see the film as it is directed by Gabriela Cowperthwaite. Importantly, she previously brought us the devastating documentary Blackfish (2013) which changed the approach to the treatment of killer whales at Sea World. Here, she brings us the functional equivalent of a powerful cinematic sausage wrapped in a stale bun.

Based on a true story, Kate Mara plays Ms. Leavey, a confused young woman who joins the Marines to escape a life that seemed to have no meaningful future. On top of that, she is forced to endure a caustic, heavy drinking mother, played with what I am certain is regret by the talented Edie Falco. Following a series of mistakes after joining the Marines, she ends up training a dog destined for service in Iraq. The dog’s name is Rex, and the movie is at its best when our duo end up in combat.

The scenes in Iraq have meaning on multiple levels. First, it shows both the value of the services of canines like Rex as well as the close attachment that is developed with their trainer. Unfortunately, it also reveals the caustic, discriminatory practice of American soldiers as they confront civilians of unknown intent, and you are reminded why we never should have gotten into that war in the first place.

Nonetheless, a heavy price was paid by the American participants in that war, and many had a hard time adjusting when returning to the States. In this case, Ms. Leavey tries to recover from her psychological trauma while hoping to be reunited with Rex. Despite the movie’s weakness at that point, it will find a way to charm you as you are left wondering how it will end.

My wife and I have six rescue dogs at home, and they have become a central point to our existence. While you know they will reach the inevitable point where you are forced to say goodbye to them, you also realize that you are giving them a life that has tremendous meaning to these little creatures.

Movies like Megan Leavey bring that point home, and our government has an obligation to make sure that all of these service dogs are given a compassionate existence as they age.

← My Cousin Rachel
All Eyez On Me →