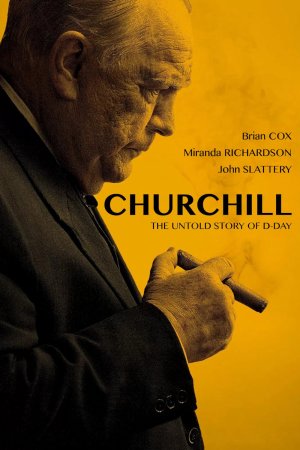 Churchill is a one-dimensional, disappointing film. Despite a wonderful performance by Brian Cox as the legendary British GM, nearly every scene is an unfortunate repetition of a prior one.

The film takes place in England 72 hours before D-Day in June, 1944. Though the allies are set on the invasion, Churchill is adamantly opposed. History has proven him to be completely wrong, and that makes him look like a complete fool.

On the other hand, he does a pretty good job of accomplishing that by his own actions. Self-centered and profoundly selfish, he alienates all of his comrades, not to mention his wife Clementine, a performance by Miranda Richardson that is the only actual highlight of the entire film.

More to the point, if you want to see a film that concentrates on Churchill’s strengths and weaknesses, then go watch the first season of “The Crown”, where he is wonderfully played by John Lithgow. And if that is not enough, then hunt down Candice Mallards’ wonderful book entitled “Hero of the Empire”, a story of the Boer War at the turn of the 20th century and Churchill’s escape from imprisonment in South Africa  which made his career.