Do you think that all vegetarians will become cannibals after being forced to eat their first piece of meat? Just wondering. 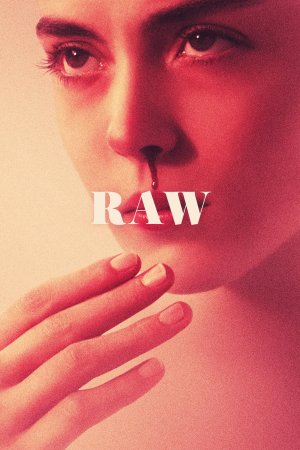 The film follows the enrollment of Justine (Grance Marillier) at a school that makes Nero’s Rome look like a Franciscan Convent. A vegetarian from a family of vets, she goes through an orientation where she is forced to eat a rabbit kidney against her will. She vomits, you want to, and you are about to join Justine in a journey to the Seventh Rung of Dante’s Inferno.

It is impossible to meaningfully describe what enfolds in this film, but let me try. Justine’s sister Alexia (Ella Rumpf), a second year student, shadows Justine through orientation that will make all of you want to abandon your career and enter a veterinary school. Not only does alcohol and drug abuse take place on a massive scale under the eyes of the school’s supervision, but Justine suddenly discovers the pleasure of eating raw meat, particularly if it is human.

Justine’s cannibalistic journey involves several ghastly experiences, not the least of which is when she decides to nibble on her sister’s severed index finger after an accident in her dorm room. Things progress from there, but let me just leave the rest to your imagination.

As I watched this film unfold, I couldn’t help but wonder what possessed Director Julia Ducournau to bring this sordid story to the big screen. Though I don’t deny that the film left me feeling like a rusty nail attracted to a cinematic magnet, Ms. Ducournau comes close to giving cannibalism a good name.

If this film had the slightest bit of artistic significance, I must have been mistakenly watching it through my amblyopic left eye. Attending a new school always involves challenges, but I never felt that it included biting the lower lip off a male acquaintance at a school dance, having your left cheek chewed off during a schoolyard fight with your sister or having your gay male roommate found dead in your bed with a portion of his left leg chewed to bits.

More than anything, I left the theater wondering what vet students in France thought of this sadistic depiction of challenges faced in school as they prepare for a life dedicated to saving animals. Are they trained to properly respond to a pet owner who asks, “What happened to my dog’s missing front leg, Doctor?”

One thought on “Raw”