I’ll only say that I loved Boss Baby and I predict that most of you will also. 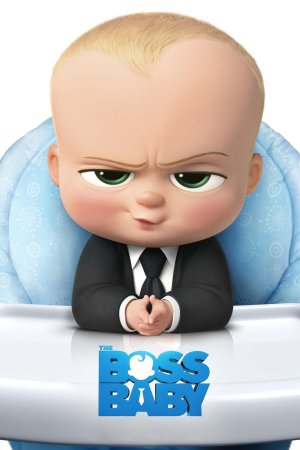 Much like the surprisingly enjoyable The LEGO Batman Movie, The Boss Baby is a very satirical adult movie clothed as a children’s animated feature. Ironically, it is really not a small children’s film, and that becomes a bit of a drawback as you listen to kids talk and cry throughout the theater to their parents’ exasperation.

While this movie revolves around family life on Earth, everything changes when the film focuses on another world where children are produced and assigned to women who are looking to become mothers. Furthermore, some of these babies have skills that make them needed in the front office of what is known as Baby World, and this is where Boss Baby enters the picture.

A family of three are expecting a second child, an infant that turns out to be a nasty little adult hiding in a diaper. Voiced by Alec Baldwin, his Boss Baby looks and acts like a replica of Donald Trump at times, and Mr. Baldwin brings a sarcastic edge to a newborn never seen on the big screen.

Mother and dad, voiced by Jimmy Kimmel and Lisa Kudrow, attempt to keep their 7-year-old son Tim (Miles Christopher Bakshi) under control as he quickly discovers the true identity of Boss Baby. The two kids are initially left at each other’s throat, and Baldwin’s baby looks very dapper in a dark suit with a black tie and an attached briefcase.

I won’t give away the essence of the plot, but it soon becomes apparent that our two children need to act together to forestall a Baby World reject, known as Francis Francis and voiced by Steve Buscemi, from attempting to make children unneeded. The battle that ensues is hysterical at nearly every turn, and you will find yourself repeatedly laughing out loud.

The film only lasts one hour and 37 minutes, and it ends on a note that will warm your heart and bring a slight tear to your eye. At its core, this wonderful little film is a testament to the value of family life. It is why I will always remember my late, beloved mother giving me helpful advice with the beginning words, “Now, Bobby….”

I know it is early in the year, but I think it is very likely that this DreamWorks production directed by Tom McGrath (who previously gave us Madagascar) will join The LEGO Batman Movie for Oscar consideration in the animated category next year. These are two unforgettable films that are shockingly mature as well as witty beyond words.