Even if Ms. MacLaine should decide never to act again, this movie is a fitting tribute to her splendid career. 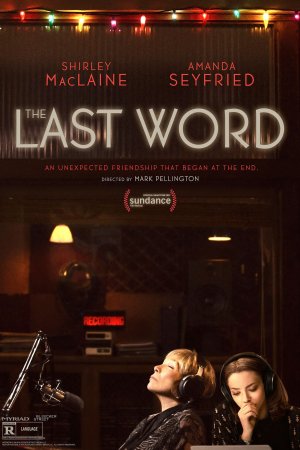 While you are forced to forgive a few racial and ethnic stereotypes, The Last Word allows you to honor the talents and contributions of Shirley MacLaine. Here, she plays Harriet Lauler, a divorced, retired business woman seeking to have someone write her legacy. When it turns out that she is either hated or profoundly disliked by nearly everyone who has met her, she turns to a young newspaper woman named Anne Sherman (Amanda Seyfried) to write a memorable obituary before she dies.

First and foremost, this is a film that allows you to pay homage to the dazzling Ms. MacLaine. She dominates this entire movie, and watching her perform at the age of 83 is a reminder of her magnificent performances over the years. It’s akin to watching other legendary figures like Ian McKellen and Patrick Stewart in the recently acclaimed releases Beauty and the Beast and Logan.

The only shortcomings of the film come from the decision to pander to various stereotypes. Though it doesn’t ruin the film, you have to accept Ms. Lauler’s hispanic gardener (Gedde Watanabe) and a black housekeeper (Yvette Freeman) who she routinely dismisses in order to make her own meals. On top of that, despite a very creative performance by the young Ann’Jewel Lee, it is unfortunate that the abandoned child who Ms. MacLaine seeks to help turns out to be black.

Nonetheless, the movie works simply because of the marvelous, growing relationship between the characters played by Ms. MacLaine and Ms. Seyfried. Although Ms. Seyfried initially can barely tolerate the domineering attitude of Ms. MacLaine (she describes her as the source of the word bitch in obituary), a gradual closeness develops between the two that is genuinely fun to watch.

While Ms. MacLaine is able to recover some meaning in her life by revisiting a caring ex-husband, here played by Phillip Baker Hall, and a long abandoned daughter (Anne Heche), Ms. Seyfried learns that you can’t be afraid to make mistakes in life if you are going to succeed. She follows Ms. MacLaine’s advice concerning a lesson that applies to all of us, namely that if you try and fail, you simply try again. It is the only way that most of us will find any success in life.

Though you know from the beginning that the film is going to say goodbye to Ms. MacLaine’s Ms. Lauler in the end, thank the cinematic Gods that we still are graced by her presence on the big screen. There are many things to admire about this great performer, not the least of which is that she dares to allow close-ups to reveal the wrinkles on her aging face. I love her for that alone.

One thought on “The Last Word”