There is not a single upside to this disastrous film, and I can’t believe that Mr. McAvoy will list this on his resume. 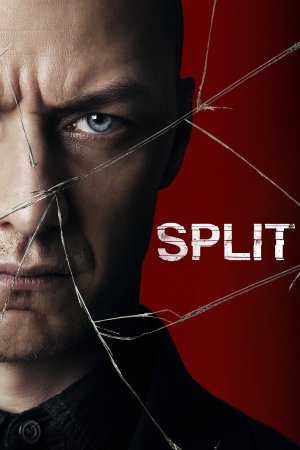 My review of M. Night Shyamalan’s new film, Split, shall be quick and to the point. How could a film that has dominated the box office for the past several weeks be so fundamentally terrible in every respect? As boring as it is pointless, I can only assume that it was released in January because moviegoers get so bored that cinematic trash seems to be a bit of a treasure.

Quite honestly, the only reason that I bothered to see the film is that it starred the talented James McAvoy, and one only needs to think of his roles in various intriguing films like the X-Man films, Wanted (2008), Atonement (2007) and The Last King of Scotland (2006). Though the previews for Split suggested a tedious film experience at best, I couldn’t imagine that Mr. McAvoy would waste his talents. However, everybody, actors included, make mistakes, and this was one for Mr. McAvoy.

In summary, he plays a lead character with 23 different personalities. In the process, he kidnaps three young women and holds them in captivity underneath a city zoo. He torments them for reasons that are completely unclear, and in the end you simply wish that he would hurry up and kill them so that you could leave the theater.

The three young girls, played by Anya Taylor-Joy, Jessica Sula and Haley Lu Richardson, are devoid of any meaningful personalities. They basically spend the entire film looking confused, semi-clothed and scared, and you are left castigating yourself for not giving a damn what happens to them.

While I am one of many movie fans who continually hope that Mr. Shyamalan rediscovers his artistic magic, it is beginning to look like the principal reason to pay for a ticket to his films is to be slowly bored to death. The only upside to being told that you had a fatal illness that would kill you before December is that you would be spared watching the next January Shyamalan film.

One thought on “Split”