This little film may be the finest musical of 2016. 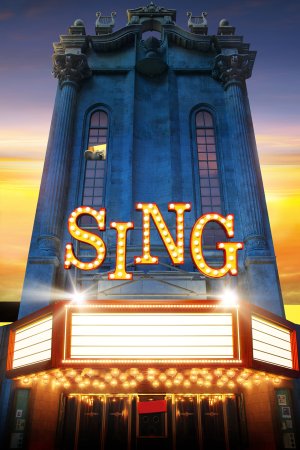 Sing solidifies 2016 as the greatest year for animated films ever, and I do mean EVER! Think of it for a second. Begin with Zootopia, which will challenge for an Oscar in this category. Not far behind are The Secret Life of Pets, The Jungle Book and Kubo and the Two Strings. Let me just say that Sing is every bit as enjoyable as any of those fine films.

To begin with, given its PG rating, adults will love it almost as much as kids of any age. The songs are a killer from beginning to end and all of the characters are funny beyond words. Add a bit of drama that will come to close to bringing a tear to your eye and I really could end the review at this point.

All of the characters are animals, and it begins with Buster Moon, a koala voiced by Matthew McConaughey, who is attempting to save his theater from foreclosure. In the process, he sponsors a song competition where his lovable dingy assistant Ms. Crawly (voiced by Garth Jennings) mistakenly advertises the grand prize as being $100,000 instead of $1,000.

Hundreds of singers show up to compete, and a smile will never leave your face. The characters are voiced by a cast ranging from Reese Witherspoon, Seth McFarlane (naturally playing a bit of an egotistical dick), Scarlett Johansson, John C. Reilly, Taron Egerton, Jennifer Hudson and others. In the end, the strength of the film flows from the fact that you really don’t care who wins the contest. Many of these singers are simply looking to carve out some self respect in a cruel world, and it is that goal that elevates this wonderful film to a totally unexpected level.

I don’t know if Sing will be able to out-duel Zootopia for an Oscar award, but it is hard to imagine that it won’t be one of the nominees. It should be, and I can’t wait to see how one of the songs is performed on the Oscar stage by a group of these lovable characters.

One thought on “Sing”