The irony of this film is that if Lee Harvey Oswald was alive today, he would have an easy time of buying a rifle used to kill JFK. 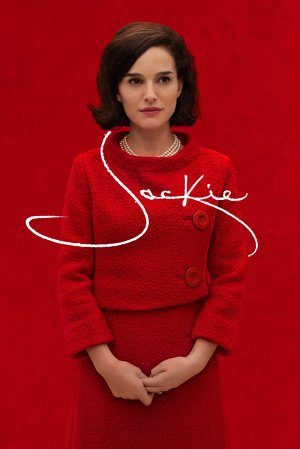 For those of you who remember November 23, 1963, you don’t have to worry about Jackie ripping your heart out. It was already ripped out, and in some ways it will never completely heal.

Directed by Pablo Larrain, this film revisits the assassination of JFK as seen through the eyes of his widow, Jackie Kennedy. Natalie Portman, in a performance likely to win an Oscar nomination, embodies Jackie with a stunned fury that is emotionally overpowering. You see Jackie during the days following her husband’s death as she wrestles with her grief while trying to plan a funeral that will pay tribute to both her late President and our country.

While a small portion of the film revisits Mrs. Kennedy’s televised tour of the White House months earlier, she gives her personal narrative to a journalist, here played by Billy Crudup, shortly after a funeral procession seen by millions. The interview itself plays out like a psychological boxing match where Mr. Crudup asks tough questions that Ms. Portman frequently refuses to answer, in the process revealing a chain-smoking habit hidden from the public.

It is almost impossible to watch as she describes the moment in Dallas where her husband is initially shot through the throat and then in his head. Everything is accurately reenacted, and few will be able to hold back flowing tears as you watch her hold her husband’s savagely deformed head in her lap as she is covered with blood. You also quickly learn why Mrs. Kennedy decided to wear that blood streaked pink suit throughout the day, which included standing next to Lyndon Johnson as he was sworn in as our next President on Air Force One.

Peter Sarsgaard gives a convincing role as Bobby Kennedy, a brother-in-law who tried to both console and advise Jackie. His grief is obvious, and one of the most fascinating moments of the film is when he and Jackie wrestle over whether to have a long procession on foot following JFK’s casket. Jackie stood by her decision even though leaders from around the world would be exposed to possible violence if Oswald did not act alone.

While I didn’t need to be reminded, two things jumped out at me throughout this poignant historical drama. First of all, a giant chasm developed in our country reflected by when you graduated from high school. Those who did in 1963 or before inevitably led a life resembling our parents’, while those graduating in 1964 and after soon resembled aliens living in a new world.

Having graduated from high school in 1965, I lived through that experience. For the most part, our loving parents could not fully understand the significance of Vietnam and rock music that began with the British invasion of 1964. Furthermore, wearing long hair was as likely to alienate parents as chanting, “Hell no, we won’t go” did to veterans of World War II.

Secondly, JFK’s assassination in 1963 was soon to be followed with the deaths of Martin Luther King and Bobby Kennedy in April and June of 1968. Many of us in college were ardent Bobby supporters, and his death served to crush all hope in our young minds. It was followed with Richard Nixon as president in the Fall of that year, and we looked upon our country as a hopeless mess that was even worse than we view it today with the election of Donald Trump.

JFK’s death was the death of Camelot, a phrase coined by Mrs. Kennedy. No one who lived through it ever smiled the same again, and you will quickly learn why if you see this film.