There is absolutely no upside to this miserable film. It is a completely regrettable movie experience. 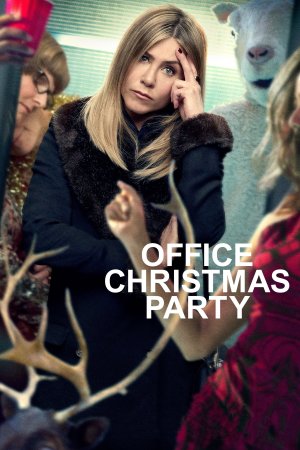 Office Christmas Party could readily qualify as one of the worst films of 2016. It is an alleged comedy devoid of the slightest bit of humor. It is dull, sophomoric and irritating beyond description.

I think Kate McKinnon is one of the funniest actresses working today, but  even she can’t save this nonsensical film. Her only semi-amusing moment concerns her farting under pressure, so I will let you draw your own conclusions. Then again, when it comes to farting, go see Swiss Army Man where it was done with style and charm.

In summary, Jennifer Aniston plays Carol, the CEO of a company run by her brother Clay (T.J. Miller) with the help of his right hand man, Josh (Jason Bateman). Since she wants to shut the company down, forcing everyone out of work, her brother organizes a completely out of control Christmas party where they hope to impress a local businessman in pursuit of his account. The party itself is amateurish beyond belief, and it will remind you of the idiotic fraternity parties played out in the recent Neighbor films (2014 and 2016).

I’d go on with this review, but there is no real point. Well known actors bring their reputations to this film and little else. Other than the performance of Olivia Munn, who plays Tracey, the only employee of the firm who seems to have the slightest bit of professional talent, everyone else, and I mean everyone, is one-dimensional. Jason Bateman looks bored, Jennifer Aniston is a first class bitch, T.J. Miller does nothing more than irritate you in every scene and Rob Corddry plays one of the most offensive characters you have ever seen on the screen.

Hollywood studios always try to make a few bucks by embracing the Christmas spirit during the holiday season, but they frequently fail. There is no reward for anyone who sits through this mess, so I can only encourage you to dodge it and let it die quickly on the screen.