This film is cinematic proof that you can never successfully fall in love in Casablanca. 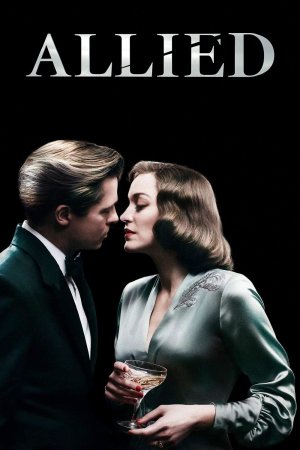 This is an historical film taking place during World War II. Unfortunately, its inherent strength comes from its great wardrobe, not its plot. More to the point, it is an average film that would have made a great soap opera on daytime TV.

Brad Pitt plays Max Vitan, a Canadian undercover officer assigned to Casablanca in 1942. Collaborating with the beautiful Marianne Beausejour (Marion Cotilliard), who was working for the French resistance, they fall in love after assassinating some high-ranking German officials.

Fleeing to London, they are quickly married. However, the marital bliss is complicated when Pitt is informed by intelligence officers that his wife may be a Nazi spy. As seen in the previews, he is told that he has a weekend to determine the truth, and he must personally kill her if she is a spy.

Regardless of problems confronting most marriages, I doubt if a spouse’s patriotism is ever a consideration. From this moment in the film, the movie becomes somewhat tedious as Pitt tests fate to determine his wife’s true identity.

As I watched the film drag on, I couldn’t help but wish that Angelina Jolie had replaced Ms. Cotilliard as Pitt’s movie spouse. After all, given their ongoing divorce off screen and the fact that Ms. Jolie has evolved into one of the most disliked actresses working in Hollywood, no one would have blamed Pitt if he had simply decided to kill her before wasting unnecessary energy.