This film is as missable as any movie released in 2016. I’m making an exception for those starring Kevin Hart. 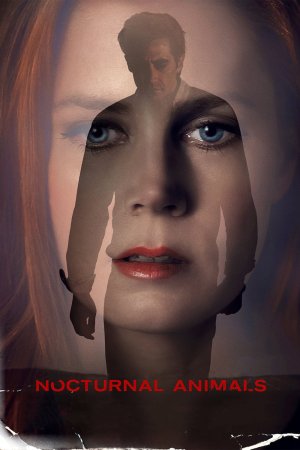 In my not so humble opinion, Director Tom Ford’s Nocturnal Animals may qualify as one of the worst films of 2016. While it has received enormous praise, I think that comes from critics who are more concerned with their reputation than telling the honest truth about this film.

Ironically, its principal star is Amy Adams, who also is at the center of Arrival, which is still playing in the theater. It is odd that both films have something in common, namely that you have to fight like hell to try to grasp its basic theme.

Here, Ms. Adams plays Susan Morrow, a successful West Coast art gallery owner who is leading a life totally devoid of any meaning. Her second husband, played by Armie Hammer, is constantly on the road while trying to pursue both his career and a mistress. She suddenly receives in the mail a book sent by her first husband (Jake Gyllenhaal) whom she has not seen in years. The book bears the movie’s title, and the rest of the film quickly devolves into a nightmare.

Without saying more, Ms. Adams reads the story of a young wife who, along with her daughter, is kidnapped, raped and killed by assailants on a highway, and she and the audience is left to ponder its meaning. Maybe some of you could do so, but I couldn’t.

Somehow the book, which plays out on the screen, is supposed to be a reflection on Ms. Adams’ life. However, I quickly lost interest and had to resist leaving the theater.

The only upside to the entire film was the performance of Aaron Taylor-Johnson, here playing the kidnapper/assailant, and the great Michael Shannon, who played the Texas Ranger trying to solve the crime. They alone saved the audience from having to take a chemical test for boredom before trying to drive home.

While I have talked to some who found a bit of value in the film, I clearly was not one of them. It is boring, unconnected and lacking a single character displaying any warmth or redeeming value. Praise or no praise, this film will quickly disappear into the vault of forgotten films.