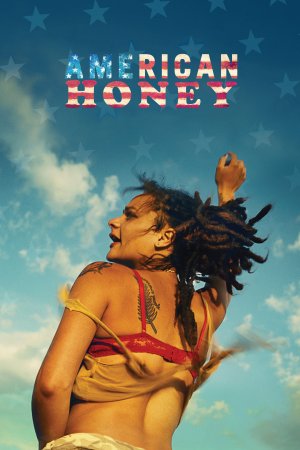 I learned long ago to be a bit uncomfortable watching a movie that is promoted as being daring, innovative and provocative. It also didn’t help that I was the only one in the theater when I went to watch American Honey last Friday afternoon. What in the hell was I in for? To be quite frank, I’m still not sure.

Broken down to its basics, the film consists of a road trip where a van full of young people sell magazine subscriptions door-to-door by day and party hard at night. What could possibly go wrong with a life filled with sex, drugs, alcohol and dancing? On top of that, our tattered group of devil-may-care young people love to sing, and their time spent on the open road is filled with a collection of interesting music that is played as loud as possible.

The film has some merit that defies description. Sasha Lane plays Star, a midwestern girl in her late teenage years who joins our wandering band of minstrels when she becomes attracted to their joyful lunacy. The group is led by Krystal (Riley Keough), a hard-nosed woman who makes sure that their cheap motel rooms are paid for while her undisciplined group of vagabonds succeed in selling as many magazine subscriptions as possible. She is helped by her enforcer, Jake, played by Shia LaBeouf, the only recognizable actor in the film.

Star is attracted to Jake from the very beginning, and there are two scenes where they have sex, leaving nothing off camera. One time occurs in the front seat of his truck while the other takes place in a field. Whatever you think of the rest of the film, you are not likely to forget those two provocative encounters.

In a sense, the film is a raunchier version of John Landis’ Animal House (1978). Only here you are dealing with kids lacking the resources to attend college. Put another way, why should they absorb all that debt when they could spend each day getting high and dancing to good music and not face doing any homework?

American Honey is not likely to last long in the theater, and few people will care. As shown by prior films like Wuthering Heights (2012) and Fish Tank (2010), Director Andrea Arnold clearly doesn’t seek a wide audience. I kind of admire her courage.

← The Accountant
A Man Called Ove →