Everyone should see this extraordinary film, while trial lawyers have to see it. 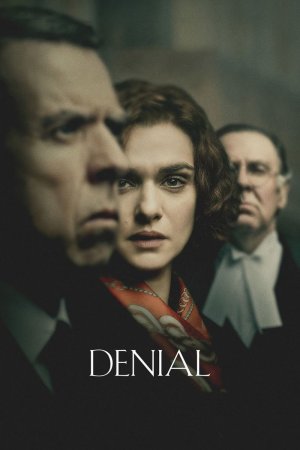 Denial is a powerful movie on multiple levels. However, at its heart it is a film about lawyers for lawyers. Based on actual events that took place in the 1990’s, it concerns a trial in London where a anti-Semitic Hitler apologist is suing a Jewish American writer for libel. I strongly suspect that most of you will find it captivating from the opening scene.

The gifted Rachel Weisz plays Debra Lipstadt, a University professor who publishes a work denouncing the deniers of the Holocaust. Included in her list is the egocentric historian David Irving, played by Timothy Spall in an unforgettable performance. He is a narcissist interested in personal fame who sues her for libel as noted above.

Unlike the legal system in the United States, the problem for Ms. Lipstadt is that English law requires a person who is sued for libel to establish the truth of her allegations. She knows from the beginning that she needs to be surrounded by a great team of lawyers, and the movie takes you into the heart of litigation seldom played out on the big screen.

While we have watched any number of films about the American legal system ranging from Inherit the Wind (1960) to To Kill a Mockingbird (1962), few films have taken the time to explore the nature of the British legal system. Mercifully, the late Leo McKern provided comic relief in the spectacular TV series Rumpole of the Bailey (1978-1992) and Charles Laughton did the same thing in Billy Wilder’s memorable Witness for the Prosecution (1958). Without saying more, Director Nick Jackson’s Denial deserves to share the company of those sterling films.

Ms. Weisz is dynamic as an intelligent, aggressive writer who must now learn to act as a client. And that is the moment when Tom Wilkinson and Andrew Scott dominate the film as a solicitor and barrister who know that the purpose of any trial has but one goal, and that is to win.

As he has demonstrated over the years, Mr. Wilkinson is a brilliant actor. The relationship between his character, Weisz and Scott reminded me of my many years in court representing criminal defendants. For example, what does a lawyer do when his or her client wants to testify and you professionally believe that this will result in disaster? Wilkinson and Scott had to convince Ms. Weisz to do the one thing that was alien to her personality, namely to sit quietly in court and keep her mouth shut.

Given that Ms. Weisz had to prove that gas chambers actually existed at Auschwitz in World War II, Weisz was approached by survivors who wanted to have their day in court. She cried with them, and her tears turned to anger when her lawyers said that the testimony of these poor victims would only give Mr. Spall the chance to torment them on the stand under cross-examination.

As I watched that moment, I couldn’t help but be reminded of a murder trial that I had in Southern Indiana 20 years ago. My client had a previous conviction overturned, and he was out on bond. A convicted felon who was also angry and argumentative, he insisted that I call a witness that suddenly materialized months before trial to offer testimony that would tremendously aid our defense. However, I strongly suspected that our trial would blowup if I put the man on the stand, and a final decision was not confronted until the State rested.

I argued with my client before we broke for lunch, and I told him to come back before the afternoon session and give me a final opinion. When he returned, he harshly approached me and said through pursed lips while jamming his finger into my chest, “All right, Hammerle, we won’t call him, but you better be right!” Though I grabbed his finger and jerked it away from my chest, his crying family finally agreed with my decision.

The jury was out for two hours before they returned with an acquittal, but the time seemed to last for two days. The bottom line is that you saw from the actions of Ms. Weisz’ legal team that good lawyers have to make tough decisions whether their clients agree with it or not. In doing so, every lawyer knows that if a negative verdict results, you will always be blamed by your client.

Obviously, the heart of this movie dealt with the holocaust itself, and there are moments where our group visits Auschwitz. As you sit in the theater watching them trace the movements where Jews walked down steps to be locked in a room where they subsequently died an agonizing death after Zyclon B poisonous gas was dropped through various openings, you are left as horrified as if this was your first knowledge of that wretched event.

But while this movie has many strengths, none exceeded the moment when Mr. Wilkinson finally bonds with Ms. Weisz after bringing a bottle of wine to her apartment for a conversation. As he describes his seemingly emotionless reaction to the Auschwitz visit, he solemnly tells her that most Germans tolerated this atrocity because they were literally given no other choice. As he looked at her and drank his wine, he admitted that he would have probably done the same thing had he been alive in Germany at that time.

I found one of the most engaging elements of this film to be the use of alcohol by the defense team. It was always present when Mr. Wilkinson and his colleagues were preparing for trial, and I found the same thing to be true in my experience in Indiana over the last 35 years.

Regardless of one’s view of alcohol, it has played a role in helping most trial lawyers maintain sanity given the madness that we face on a daily basis.      As a funny reminder, I was trying a burglary case in the 1980s where my close friend was the deputy prosecutor. In law school, we were part of a trip to Colorado where he got so intoxicated leaving Indianapolis that he slept through the entire State of Kansas.

Given that my client was very intoxicated, the question for the jury centered on his knowledge and participation in the alleged burglary. In my closing argument, I used the the Colorado trip to point out an example of what would have happened had we robbed a gas station with my friend passed out in the van. Though I never named him nor tell the jury that he was the prosecutor on the case, he continually snorted during my entire argument.

When I finished, he slowly walked over to defense counsel table, pointing to the jury and saying with a smirk, “Listen, ladies and gentlemen, let’s get one thing straight. This case is not about Mr. Hammerle and his alcoholic friends.”

I sat there quietly and tried to keep from laughing out loud. At the close of the case, we repaired to a local pub, where we eventually returned to a hung jury. At least I think that was the verdict!

← The Dressmaker
The Accountant →