How did I enjoy a film where you are left rooting for no one? 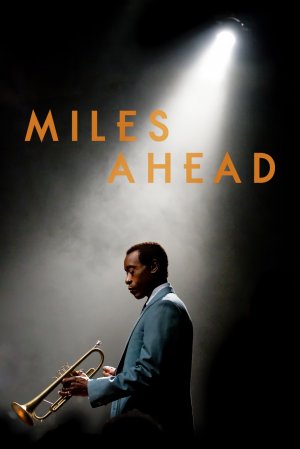 After watching I Saw the Light, Elvis & Nixon and now Miles Ahead, one fundamental question confronted me. Would all extremely successful musicians have evolved into drug-addled, philandering pricks had they simply lived life as a factory worker?

However, despite all of the obvious shortcomings demonstrated by Hank Williams and Elvis Presley, Miles Davis would have won the grand prize for “Wretched Human Being”. Based on Don Cheadle’s interesting film where he directed, co-wrote and starred in the lead role, Davis evolved into a lost soul filled with remorse. And while that remorse covered a lot of territory, it centered on his singled-handed  destruction of his marriage.

This biopic covers two periods of Mr. Davis’ life. The first concerns flashbacks to a period of time where his fame had spread far and wide and he discovered the beautiful Frances Taylor, soon to become his wife. Emayatzy Corinealdi gives a remarkable performance as Ms. Taylor, and you watch her reluctantly succumb to her husband’s demand that she give up a flourishing acting career only to discover that he would poison their marriage.

The movie then deals with Davis’ later career where his talent was lost in a cloud of booze, drugs and pretty women. Teaming up with Dave Brill (Ewan McGregor), a Rolling Stones reporter assigned to interview him, they end up on a long journey to recover a stolen tape containing his new music that leaves both at death’s door.

It is also worth noting that Michael Stuhlbarg does a great job playing Harper Hamilton, the arrogant thief who has purloined Davis’ compositions. You will seldom see a more bombastic character on the silver screen, and Stulbarg leads the list of actors in this film who you quickly learn to despise.

Ironically, the film involves more gun violence and car chases than it does music. It is actually kind of compelling in a twisted sort of way, and you can only admire Mr. Cheadle’s directorial talent at salvaging a film about a man who proves to be supremely unlikable.