You know how Hugh Glass lived, but do you know how he died? Read Bernard DeVoto’s “Across the Wide Missouri” and find out. 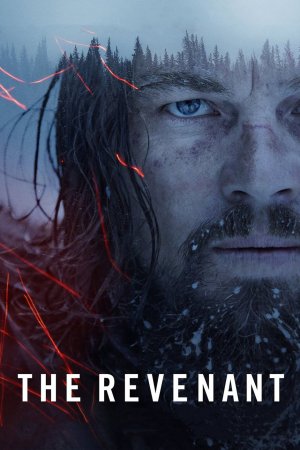 Though Director Alejandro Iñárritu’s The Revenant has been nominated for a best picture Oscar, a good friend of mine provided the best review, “Think of Quentin Tarrentino remaking Jeremiah Johnson (1972)”. While it’s length of 2 hours 36 minutes becomes a bit difficult to endure at times, it is a stunning survivalist film based on a true story that needs to be seen.

Before going further I must confess that I have read a great deal about fur trappers and the exploration of the American West between Lewis and Clark’s adventures in 1803-1805 and the Civil War. If you are remotely interested, read the Pulitzer Prize winning books by William H. Goetzmann entitled “Exploration & Empire” and Bernard DeVoto’s “The Year of Decision: 1846″.

Mr. Iñárritu’s film draws its strength from the simple fact that it is based on a true story involving a group of trappers in the 1820s. Stalked by some angry Native Americans, the boys were confronted with a terrible dilemma when their guide, Hugh Glass, was viciously mauled by a grizzly bear and thought to be dying. Left with two companions who were supposed to bury him when he died, they left him barely alive in a partially filled grave as they fled for their lives. Against all conceivable odds, Glass was able to survive, and this incredible tale gives this film a magnetic force even if you find it difficult to endure its length.

However, let me say without qualification that Leonardo DiCaprio should  win his first Oscar given his stunning portrayal of Mr. Glass. Nearly ripped apart by the attacking grizzly, you can’t help but admire Glass’ courage and tenacity. Additionally, DiCaprio’s performance is all the more powerful given the fact that he had to film his role in bone-chilling weather, deep snow and icy rivers.

In a sense, the film reminds me of the story that Lauren Bacall told in her autobiography where she described the weeks spent with her husband, Humphrey Bogart, and Katherine Hepburn, while they filmed The African Queen (1951) in Central Africa. Neither of these movies used a Hollywood sound stage for its critical scenes, and both become unforgettable for that reason alone.

Tom Hardy has also received an Oscar nomination for his role as John Fitzgerald, the villain who abandoned Glass to an expected death. Hardy is again magnificent, and I know of no actor in the history of film that has appeared in two films (think Mad Max: Fury Road) that received the most Oscar nominations in a given year.

While there will be many who will not be drawn to this film, it should win an Oscar for Emmanuel Lubezki’s incredible cinematography. The scenery is so captivating that it frequently causes you to forget the limited dialogue, and it remains difficult to describe with any meaning. Let me just say that there are moments when you feel as frostbitten as DiCaprio.

Finally, I should note that the young trapper that followed Fitzgerald’s  lead in abandoning Glass was a guy named Bridger. Glass ended up forgiving Bridger (Will Poulter) because he was both misled and so young at the time. It is worth remembering that Jim Bridger went on to become one of the most famous trappers and explorers in the history of the American West.

← Carol
Commentary on the Oscars →