The good Hitman struck in 2007. Why revisit it? 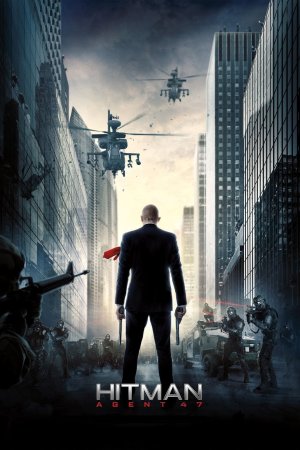 Let me simply say that if you are tempted to go see Hitman: Agent 47, save the money and see the original which was released in 2007. The new Hitman amounts to little more than a lightweight remake, so I would strongly suggest that you allow it to die a quick death in local theaters.

To make matters worse, while Rupert Friend holds his own as Agent 47, every other performance is formalistic at best. Director Aleksander Bach even finds a way to insult the audience by reducing the great actor Ciarán Hinds to a minuscule role.

In the original film, Timothy Olyphant is sensational as the Agent, a scientifically altered hitman who wrestles with human emotions that are alien to his very being. He finds himself taunted when he attempts to help a mysterious Russian woman played by the talented Olga Kurylenko. Ms. Kurylenko devours the attempt by Hannah Ware to recreate this role, and you are likely to remember the provocative scene where she attempts to seduce the unresponsive Mr. Olyphant. For some odd reason I still recall Ms. Kurylenko’s actions when she politely left his bed and stood nude on a balcony at night, with wind battering sheer curtains that reduced her form to a tantalizing outline.

Excuse me, but I have to end this review as the thought of that scene requires me to pour a glass of cold water on my head!

← Commentary on previous The End of the Tour review
Mistress America →