The title of this film represents its theme. I’ll take the “Love” any day. 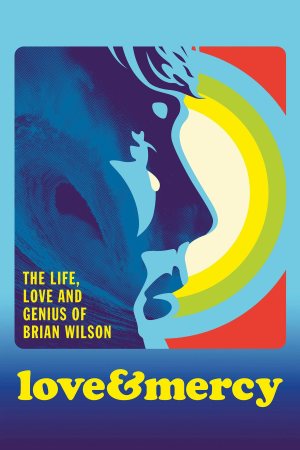 Despite constantly enduring criticism from certain quarters, many movies have benefitted with the disclaimer “Based on a true story.” As you will recall, last year’s Selma received a lot of notoriety because it allegedly treated President Johnson unfairly. While I disputed that allegation, what difference does my opinion make in the world of movie commentators?

It is ironic that movies based entirely on “true stories” frequently risk the tedium associated with real life. After all, there isn’t an honest person in this world who can claim that their life is a bundle of excitement from the moment they wake up until the time they fall asleep in the evening. Put another way, beauty is not the only thing to be found in the eye of the beholder.

Director Bill Pohlad’s Love & Mercy is living proof of that fact. Telling the truncated story of Brian Wilson’s bizarre life, it floats back and forth between powerful emotional moments and experiences that you would rather read about than be forced to watch on the big screen.

To begin with, Mr. Pohlad has his camera jump between Wilson’s early days as the cohesive center of the wildly popular Beach Boys and his later years where he was literally held captive by a deranged therapist. This therapist, Dr. Landy, functions as a modern-day admirer of Dr. Mengele, the Nazi physician, and he directs every aspect of Wilson’s life. By any definition, this was one twisted human being.

Unfortunately, this is the dichotomy that weakens an otherwise memorable film. Paul Dano was fabulous as the young Brian, a creative genius who inspired many of the Beach Boys’ biggest hits. As demonstrated by previous performances in Little Miss Sunshine (2006), There Will Be Blood (2007), Ruby Sparks (2012) and 12 Years a Slave (2013), Dano has the ability to embody quirky human beings better than any actor functioning today. Here, despite his great musical talent, it becomes abundantly clear from various eccentricities that he was dancing on the edge of some type of emotional collapse.

While John Cusack does an admirable job playing an older Wilson who is drugged to the point where he lost touch with reality, it is here that the film tends to lose its momentum. Cusack’s Wilson is a profoundly dull, unappealing person, and it reflects my earlier observation that most true stories would benefit from a bit of inspired imagination.

Regardless, what holds the film together is a heartfelt performance by Elizabeth Banks. Here she plays Melinda Ledbetter, a Cadillac saleswoman who first meets Wilson when he seeks to purchase a car. While she clearly knows that Wilson is a famous Beach Boy, she also knows that he is a haunted human being when he signs the back of her business card with the words, “Lonely, scared, frightened.”

Ms. Banks’ character is attracted to Wilson, and as a result comes into immediate conflict with Dr. Landy. The demented doctor, played with energy by the wildly talented Paul Giamatti, soon sees her as a threat, eventually attempting to order her to stay away from his patient.

It is this conflict that sets the stage for Wilson’s eventual rescue, and it is Ms. Banks who holds your attention in every scene. Given her directorial debut with the box office hit Pitch Perfect 2 (though the film is a bit over-rated), this has been her year in striking gold.

Let me close by saying that despite my criticisms, I must say that I still liked this film. After all, who doesn’t have a good friend with a personality weakness. Most regrettable moments in life become wonderful stories down the road when you are able to play with the truth.