This film is scurrilous, demeaning and socially condemnable. But who can condemn that when it has a few funny moments? 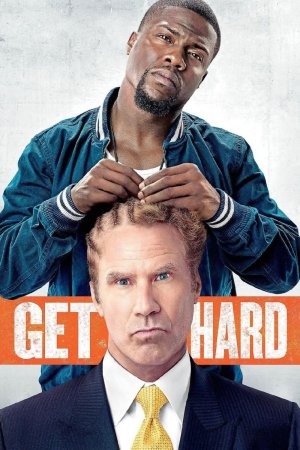 It was bad enough that I invited humiliation by going to see the regrettable Get Hard at the AMC theater at Trader’s Point here in Indianapolis, but then I read that the establishment had been treated a day earlier for an infestation of bed bugs. Quite honestly, being bitten by those insects would have been preferable to watching this atrocious mess.

At times both homophobic and racist, the occasional humor becomes completely meaningless. Quite frankly, the only thing that surprised me was that the film wasn’t backed by Indiana politicians who supported the equally homophobic legislation known in Indiana as RFRA.

In the film itself, Will Ferrell plays a mindless Ivy League graduate who is making a fortune selling stocks and bonds. He is marrying the daughter (Alison Brie) of the head of the company (Craig T. Nelson), and he somehow has traveled through life without developing basic social skills. Wait until you see how he dances naked in front of his Hispanic gardeners and you will know what I mean.

After he is falsely tried and convicted of securities fraud, he is given 30 days to report to San Quentin. Fearing that he is going to be beaten and sexually abused, he hires the black owner (Kevin Hart) of a small car wash in order to be properly trained to defend himself. After all, since all blacks must have prison records, who was in a better position to give him good advice?

The entire film covers the short time span where Hart is expected to embrace every ethnic caricature to turn Mr. Ferrell into a modern-day Mohammad Ali. Unfortunately, Hart is a married, middle class guy with absolutely no criminal history, so he is left in a position where his ignorance is designed to become Ferrell’s bliss.

Nothing works in this film from beginning to end, and you are treated to a series of scenes where Ferrell is introduced to both a black street gang and a group of white bigoted motorcyclists that accuse him of having “Jew hair” while encouraging him not to “hang out with niggers and spics”.  Where were the bed bugs?

This movie is not just blatantly awful, but profoundly offensive. Mr. Ferrell makes you forget his contributions to really good movies like Talladega Nights: The Ballad of Ricky Bobby (2006) and The Campaign (2012) while recalling his many regrettable films like Step Brothers (2008), Land of the Lost (2009) and Anchorman 1 and 2 (2004 and 2013).

As for Mr. Hart, he can be a genuinely funny man, but he is exhausting himself by appearing in nine films since 2013. His repeated portrayals of the same character are becoming difficult to tolerate, and he needs to quickly pay attention to small roles that exploit his talent as seen in Chris Rock’s Top Five. He stands on the edge of quickly following Eddie Murphy into oblivion, and that is an observation he should not ignore.