This is a magical film that found some audience members clapping at the end, I didn’t, but I wanted to. 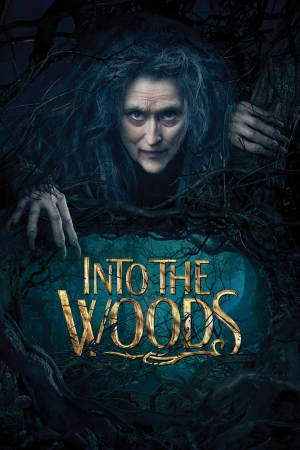 For those of you who love musicals on Broadway, Into the Woods may qualify as your favorite film of 2014. The music and lyrics by Stephen Sondheim are both amusing and breathtaking, and the film takes you to an emotional level that many of you simply won’t anticipate.

There is not one performance that doesn’t deserve massive praise. A newcomer named Meryl Streep (okay, forget her 18 Oscar nominations) is beyond belief as the witch who curses her married neighbors, played with joy by James Corden and Emily Blunt. The witch has cast a spell that prevents them from having a child, and the film evolves into an adventure to satisfy the witch’s needs.

Mr. Corden may be unfamiliar to many of you, but that would give you reason to finally see this year’s wonderful Begin Again. Ms. Blunt may deserve Oscar recognition, as she adds a beautiful voice to other exceptional performances as in this year’s Edge of Tomorrow; Looper (2012) and Salmon Fishing in the Yemen (2011) among others.

As the adventure unfolds, Anna Kendrick’s Cinderella wants to escape her wicked stepmother (Christine Baranski) and sisters to get to the Royal Ball, and her trip takes some unexpected turns. The prince, played with spunk by Chris Pine, may not prove to be the love of her life. As Pine said to great laughter in the audience, “I was raised to be charming, not sincere.”

Along the way our crowd widens to include Rapunzel (Mackenzie Mauzy), Jack (Daniel Huttlestone) and his magic beans, Little Red Riding Hood (Lilla Crawford), Jack’s mother (Tracey Ullman) and Johnny Depp in a small role as a very hungry wolf living in the woods. Forget any previous tales you have read about these fictional characters, as the film will treat you to several fantastic surprises.

Much like last year’s superb Les Misérables, the songs frequently serve as dialog. And please refrain from saying, “Oh no”, as this literally allows the movie to wrap its arms around you. Given that many of the characters end up suffering tragic ends, this proves to be a cinematic experience that amounts to a powerful adult film masked as a kids movie.

The movie explores the meaning of love, friendship and family. While profoundly funny at times, it ends up touching your heart to the point that it is hard not to end up wiping away tears at the end.

Few movies succeed in touching me more deeply than those that leave me weeping. See it, as it will clearly clamor for attention at Oscar time.