This is a startling movie with an Oscar worthy screenplay that assaults your senses. Though the ending is a bit long, you are left emotionally transfixed as you listen to Teller’s drum skills. 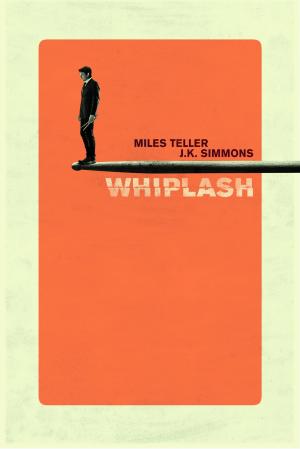 For aging Indiana University basketball fans, Writer/Director Damien Chazelle’s Whiplash could have also been called The Bob Knight Story. It focuses on a self-centered egotist teaching at a college level who will employ both vulgarity and physical assault as the most creative teaching methods to produce greatness in his students. He was always the smartest man in the room, and he dismissed all critics with little more than a sardonic grimace.

However, in Whiplash it is J.K. Simmons who gives a superlative performance as Fletcher, a demonic force putting together a small jazz orchestra at an upscale college. Arrogant and profoundly unlikable, he holds your attention every minute he is on the screen. He routinely criticizes students in the most creative, totally unmentionable vulgar characterizations to hit the big screen, and you almost have to laugh at him while harboring the thought, “What an asshole.”

In to this mix comes Andrew (played by Miles Teller), a first year student seeking glory and recognition as a drummer. He falls under the tutelage of Fletcher, and it’s like watching a horror movie where he becomes possessed by the devil.

As noted, Mr. Simmons’ performance is so mind-numbingly spectacular that he has to be at least invited to the Oscar party. Again emulating Coach Knight, he has the philosophy where members of his team need to be physically and emotionally pushed if they want to be champions. As you watch Mr. Simmons throw a chair and physically manhandle young Mr. Teller, you can almost see Knight grabbing both Neil Reed and Jim Wisman while later throwing his own chair across the court in a game.

Furthermore, Mr. Teller’s performance cannot be overlooked. Under Fletcher’s control, he is on a quest to emulate other great musicians in the past, many who died young as a result of their excesses.

But Andrew’s goal is to be remembered, and in the process he mocks other kids playing football at a Division 3 school. After all, what did playing in anonymity amount to in the long run? He even dismisses his girlfriend, played warmly by Melissa Benoist, as she’s not focused enough to choose a college major.

Though largely overlooked, Mr. Simmons is a special actor. If there is any doubt, hunt down his superlative contributions to both Up in the Air (2009) and Juno (2007). And if you are trying to remember if you have ever seen young Mr. Teller perform before, then take the time to see this year’s Divergent and last year’s The Spectacular Now.

What makes this film so unique is the fact that the majority of scenes take place showing nothing more than Fletcher and his students practicing their skills. Whether you like jazz or not is irrelevant, as it is Fletcher’s verbal interaction with his students that ties you to the screen. As Fletcher told Andrew, the most damaging two words in the English language are “Good job.”

So with apologies to Mr. Fletcher, this is a “Good movie.”