If we justifiably believe that the beheadings by members of ISIS are barbaric by any standard, then how can Denzel Washington be glorified for similar killings in what is labeled a noble cause? 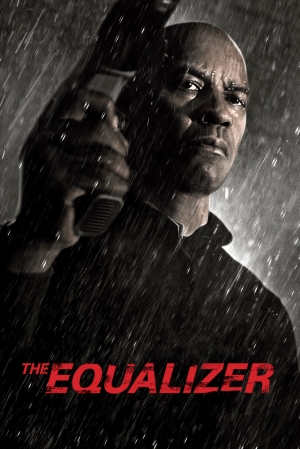 We all know that Denzel Washington is a great actor who brings a commanding presence to the screen. Yet it is a bit regrettable that he has joined Liam Neeson in repeatedly playing violent men whose principal goal is to kill for a good cause. In some ways, both have become a modern-day version of Charles Bronson and his four Death Wish films (1974 through 1987).

In Director Antoine Fuqua’s The Equalizer, he plays a human version of the angel of death. Working at a Home Depot while befriending nearly everyone he meets, he strikes up an endearing personal relationship with Ralphie (Johnny Skourtis), an Hispanic worker trying to qualify as a security guard.

Living alone and having trouble sleeping, Mr. Washington goes to a local coffee shop every night at 2 a.m. to read a new novel, There, he meets a young Russian prostitute played wonderfully by Chloë Grace Moretz, and he tries to encourage her to pursue other occupations after they develop a loose friendship. However, everything comes unglued when she is viciously beaten by Russian mobsters and left comatose at a local hospital.

While Mr. Washington doesn’t become the monster that he portrayed in Mr. Fuqua’s Training Day (2001), you suspect that he hides an assassin’s background. In that regard, his approach to torture and killing is similar to the angels God sent to kill the first-born in Egypt in order to help Moses. The people who brutalized Ms. Moretz will face a hideous death at Mr. Washington’s hands, and he is not a guy capable of feeling the slightest remorse or guilt.

While Mr. Washington’s magnificent acting talents always keep you involved, the film gradually becomes savage beyond description. Thankfully,  adrenaline is added with the appearance of Marton Csokas (Nikolai), a Russian hit man who is the equal of Mr. Washington. You know they are eventually going to square off, and it isn’t hard to guess who is going to win.

The Equalizer isn’t helped by the fact that the talented Ms. Moretz only appears at the beginning and end of the film. It is very hard to accept the assumption that we are to view Mr. Washington as playing a violent Jesus who can help Mary Magdelene find the promised land. It is also hard to embrace a film centered on justifying brutal killing in the name of both justice and exposing corrupt police work.

Taking place and filmed extensively in Boston, the glorification of Mr. Washington’s massive killings make you feel that Mr. Fuqua was trying to sell movie goers on a false premise. Is it really okay to become a member of ISIS if you are an American movie hero?

By the end of this film, I was a bit troubled.