A Most Wanted Man

Unless you find dullness to be a virtue, I’d suggest you choose to remember Mr. Hoffman for other reasons. 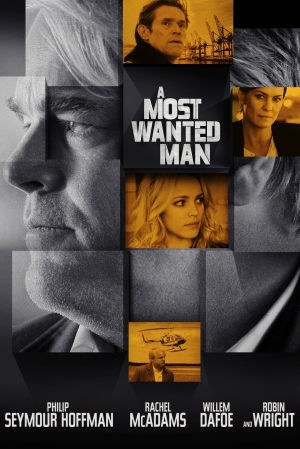 A Most Wanted Man is completely missable. Excluding his supporting role in the forthcoming installment of the fantastic Hunger Games series, this is the last starring performance of the late, great Philip Seymour Hoffman. What makes it even more tragic is that the movie itself is dull, tedious and shockingly repetitive. You can only hope that if you are given 2 hours and 6 minutes to live, that this is the film you are forced to watch.

Based on a novel by John le Carré, nothing meaningful happens from the beginning to a slightly surprising ending. Other than the performance by Grigoriy Dobrygin, playing a misunderstood Chechen immigrant that captures every scene that he is in , none of the other fine cast members cause you to remotely care about them or anyone else.

The entire film takes place in Hamburg, Germany, much of it involving Islamic immigrants from the Middle East. Adding to the film’s agony is the fact that everyone magically speaks English in some broken fashion. At a minimum sub-titles would have distracted the viewer’s attention from the dull script.

Mr. Hoffman is the leader of a European anti-terrorist governmental group whose clothes never change from their wrinkled state. While wanting to make the world a safer place, he spends his entire day chain-smoking and drinking whatever alcohol is available. Given the fact that Mr. Hoffman is profoundly overweight, it is regrettably easy to see how heroin could have led to his death.

Willem Dafoe plays a German banker caught up in the espionage, and he is effective in an uninteresting role. Rachel McAdams plays an immigration lawyer trying to help Dobrygin, but she fades into the woodwork like everyone else.

While Robin Wright appears as a British agent with little to do other than joining Mr. Hoffman in dressing the same throughout the film, I really wanted to see more from Daniel Bruhl. Though only seen here assisting Hoffman behind a computer, Mr. Bruhl was brilliant in Inglorious Basterds (2009) and Rush (2013).

Though this is a regrettable swan song for Mr. Hoffman as a leading actor, I want to remember him as I do Burt Lancaster, whose last appearance before his stroke was in Field of Dreams (1989). As this great actor, in his late 70s, walked across a cornfield where he was about to disappear, Ray Liotta, playing Shoeless Joe Jackson, looked at him and said, “Hey rookie, you were great.” Lancaster looked at him, smiled while making no response, and then disappeared into our collective memory.

I’d like to remember Mr. Hoffman in the same way.

← The Trip to Italy
The November Man →