It’s not easy being a wolf. 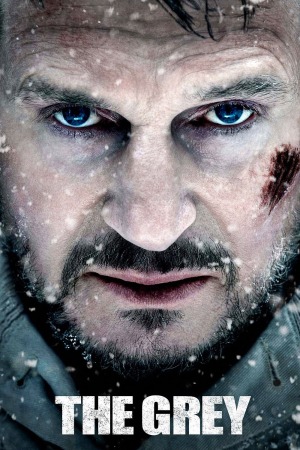 From the time that I first saw the previews, I can only say that The Grey gave me an uncomfortable case of the willies. Was this really going to be a survivalist January film where Liam Neeson again prostitutes himself as he did in Taken (2008), here as the apparent leader of a group plane survivors in the Arctic who are forced to kill wolves in order to survive. If so, I didn’t want any part of it.

However, since my grandson, Conner, wanted to see it, and at the age of 13 he had never seen an R rated film before, this looked like a risk worth taking. Sure it was going to be profoundly violent and immensely profane, but the lack of any women in the cast at least spared me the discomfort of watching some cheap sexual encounters that raised concerns I didn’t want to address.

Simply stated, my firm belief was that if the wolves didn’t win, I wasn’t going. And for those of you who may share my ecological opinion, let me just tell you that you need not be worried.

Importantly, what was so surprising about The Grey was that it had a dark, philosophical edge that was totally unanticipated. In summary, the movie centers on a group of raw oil workers being flown back home to civilization from the Arctic. Following a crash that leaves all but 7 of them dead, they are forced to set aside differences and band together with the obvious hopes of survival.

Mr. Neeson plays Ottway, a hired gunman whose principal job had been to protect the workers in the field. Having shot predatory wolves before, he now becomes the team’s ostensible leader after it became readily apparent that a large group of wolves were set on getting even. Lacking any weapons, the boys are clearly in trouble.

In a sense, the movie reminded me of both The Magnificent Seven (1960) and The Wild Bunch (1969). Like those two films, our seven survivors here have little in common. Some were violent, some anti-social, while another was borderline psychotic, yet they were forced to eventually pull together when faced with complete and total disaster.

The scenery is as bleak as the story, but it somehow coalesces in the same manner that made Jurassic Park (1993) work. Just as the hired killer there met his eventual doom when forced to confront the sinister velociraptors, Ottway is in a similar position. Barring any desperate rescue that obviously is not likely, our sorry group of stragglers gradually are lost to the wolves who offer no apologies or condolences.

In a sense you get the feel that the wolves see the oilmen as intruders. Inevitably shot down whenever their hunting took them uncomfortably close to the oil rig, the movie now found the unarmed humans in a territory the wolves considered home. It was their turn to get even, and it was hard to fault them.

Conner was not blown away by the film, but he did like it. As for me, I escaped arrest for obviously violating accepted movie rules, so I was able to get him back home to his parents with our usual dignity completely intact.

← Man on a Ledge
The Woman in Black →