While it has its moments, its nomination for Oscar’s Best Picture defies reasonable explanation. 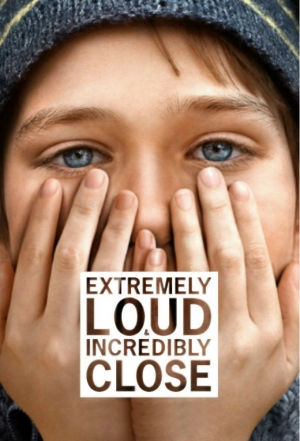 I can only say that I profoundly feel unclean criticizing Extremely Loud & Incredibly Close. It seems sacrilegious to find fault with a film dealing with the loss of a father in the collapse of the Twin Towers on 9/11.

Yet as profoundly moving as parts of the film are, it is nonetheless disappointing at every turn. Just as Steven Spielberg’s lamentable War Horse largely dealt with sophomoric adults, there are few people that you really care about in Extremely Loud & Incredibly Close.

Yes, Tom Hanks and Sandra Bullock appear as the parents of young Oskar Schell, played by Thomas Horn, but the film is immensely hurt by the fact that they both have small, narrow roles. While Mr. Hanks dies in the tragedy, you really don’t get to know much about him. Sure he’s a nice guy, but what character played by Mr. Hanks wouldn’t be?

As for Ms. Bullock, she appears to still be suffering from her unnerving role in the vastly overrated The Blind Side (2009). Boastful to a tragic fault there, Oscar winner or not, here she is little more than a distraught mother who adds precious little to the film. The shocking reality is that Ms. Bullock is nothing more than an alienated woman who provides little comfort to her son until the very end.

But what really hurt Extremely Loud & Incredibly Close was the unfortunate decision by Director Stephen Daldry to have young Mr. Horn appear in at least 90% of the scenes. A kid who was obviously suffering from some emotional difficulties while his father was alive, he is thrown into a dark hole with the discovery of a key that he thinks is linked to his deceased father.

Having found the key in an envelope bearing the last name of Black, he proceeds to engage in a quest where he tries to approach every person named Black in New York in the attempt to find a lock where the key will work. Though I hate to say this about a distressed kid, he is frequently annoying beyond description. He roams at will in various neighborhoods to try to solve the puzzle linked to his beloved father, and it is an all too obvious wonder that he is able to physically survive on any given day and get safely back home.

More to the point, this is a film that tells a sad, touching story that becomes so diluted that it almost completely loses focus. Though Oskar is able to touch base with his alienated grandfather who assists him in his quest, it is all but impossible to understand why the old man refuses to talk. Played by Max von Sydow, it is it is astonishing that this wonderful actor could be nominated for an Oscar as best supporting actor.

Listen, I have spoken to various people who genuinely liked this movie, and I certainly do not mean to offend them. Nonetheless, it is my firm belief that Extremely Loud & Incredibly Close fails because it is unable to capture the horrendous magnificence of the 9/11 tragedy. Yes, there are various moments where it is inevitable that tears will come to your eyes, but I doubt if many of you will be honestly able to say what this movie was trying to accomplish.