Love it or simply like it, the film remains a tribute to the creativity of the Disney organization. 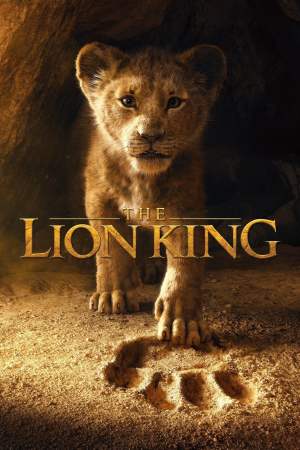 No film operating as a remake can capture the surprises engulfing the audience in the original. Despite its magnetic allure, the same thing holds true with Disney’s The Lion King.

Ironically, the music lacks the impact experienced in this year’s Aladdin. Sure, listening to Pumbaa (Seth Rogan) and Timone (Billy Eichner) sing Hakuna Matata is funny beyond words, but Beyoncé’s “The Gift” is tolerable at best. On top of that, if you want to listen to the original music done by Elton John, then my advice is to make sure you see Rocketman.

Regardless, the original The Lion King, release in 1994, took the audience on a cinematic emotional roller coaster ride that no one will ever forget. On top of that, the Broadway play, which Mo and I saw with our grandchildren several years ago in New York, is an experience that left the audience standing and applauding at its conclusion.

Ironically, applause erupted from much of the theatre crowd when I saw this movie on its opening weekend, though I was not one of them. Yet I must admit that I couldn’t help but appreciate the movie’s impact, particularly on adolescents and children who were watching it for the first time. The film’s enormous box office success is rightfully do to a story involving love, death and the meaning of our short life here on earth.

What Disney did with The Lion King when it was first released was to rediscover the ingenuity of Walt Disney himself. All of Disney’s early releases ranging from Snow White (1937), Pinocchio (1940), Dumbo (1941) and Bambi (1942) tugged at your heartstrings as the principle characters sought to survive in a cruel world. Though Disney lost that commitment with a series of lightweight films over the next several decades, it was re-discovered with The Lion King.

Quite frankly, the story of young Simba being ordered out of his kingdom as he was falsely accused of killing his father by the villainous Scar reminded me of what was going on in our country at this very moment. Our President’s actions in rallying support for his call to send four black congresswomen “back to their country” is no different than the actions of the villainous Scar. Equally important, Scar rallied the support of the ravenous hyenas to feast upon antelopes in the same fashion that our President reawakens the American zombie known as racism as he demonizes immigrants who are just looking for a way to lead a better life.

Having said that, I must admit that the appeal of The Lion King flows from its artistic recreation of life in the animal kingdom. Unfortunately, the dialogue that involves Chiwetel Ejiofor as Scar, Donald Glover as the adult Simba, James Earl Jones in his recreation of Mufasa, the father, and Alfre Woodard as Simba’s mother Sarabi grew a bit methodical and tiresome at times.

In closing, let me acknowledge that The Lion King’s box office results will not support lukewarm criticism from me or anyone else. After all, I was one of those who profoundly took offense at many critics who found fault with the recent Dumbo, a film that I actually liked better than this far more popular movie. But what do I know!

← Wild Rose and Stuber
Once Upon a Time in Hollywood →