Go to the bank on this one. Toy Story 4 will win this year’s Oscar for Best Animated Film and it deserves it. 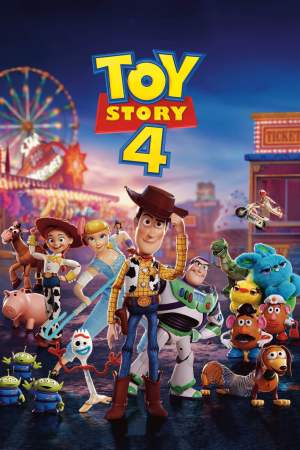 Toy Story 4 is a brilliant film filled with joy, hope, disappointment and heartbreak. Pixar has once again hit a cinematic home run with a film that will have a magical impact on adults and children alike.

Tom Hanks is back providing the voice and character of Woody, a cowboy doll looking to find a place in the world. The movie centers on a little girl named Bonnie (Madeleine McGraw), a 5-year-old who inherited Woody and his comrades when his beloved Andy left for college years earlier as seen in Toy Story 3.

When Bonnie became emotionally despondent when forced to leave home and attend Kindergarten, Woody hid out in her little backpack to accompany her and provide assistance. Fortunately, Bonnie grows from her sadness when she creates a goofy looking doll out of a utensil that she calls Forky (Tony Hale). Though Forky accompanies Woody back to the family home, it takes time to teach him how to overcome his sole desire to jump into a trash can and learn the importance of sleeping in bed with Bonnie.

A family road trip follows where Forky jumps from the vehicle and gets lost in a small town with an amusement park. An adventure begins that will leave you repeatedly fighting back tears. Woody and his old pal Buzz Lightyear (Tim Allen) depart to try and find and return Forky to Bonnie, and in the process all of these little toys are forced to confront the meaning of life.

This little gem of a film is filmed with some great moments, none more so than when Woody discovers Bo Peep (Annie Potts), his old love. With her help, a rescue team is formed that included Ducky (Keegan-Michael Key) and Bunny (Jordan Peele), two satirical stuffed animals confined as prizes in a shooting gallery.

Woody also becomes involved in a fight for his survival with Gabby Gabby (Christina Hendricks) and her band of devious allies who are looking to remove Woody’s voice box to replace hers that has become defective. This leads to Gabby Gabby’s coming to the aid of a lost child that is one of the most powerful moments in any film you will see this year.

However, it is the theme of this movie that will resonate with you long after leaving the theatre. While Woody remains devoted to Bonnie and his old friends who wait for his return in an RV, he has to decide if he can once again say goodbye to Bo Peep. This movie proceeds to define an experience that we all encounter throughout life, namely having the strength to say goodbye to your family and comrades and avoid wallowing in misery.

As I watched Woody trying to decide whether to embrace an adventure with Bo as a companion, I was reminded of similar moments that confront all of us. When you walk away from the funeral of your parents, do you succumb to despair or find the strength to use their teachings to find meaning in life? When you watch a beloved pet being quietly taken out of her agony at a vet’s office, can’t you see in that little dog’s eyes a loving thank-you for the years of adorable pleasure she had in your company?

There is a Bo Peep waiting in everyone’s life. The adventure and reward is having the courage to find her.

← The Dead Don’t Die
Echo in the Canyon →