Who can really beat seeing a film filled with great acting, sexual tension, art, a woman fighting for recognition and an adulterous, roguish husband who is hatefully sublime? 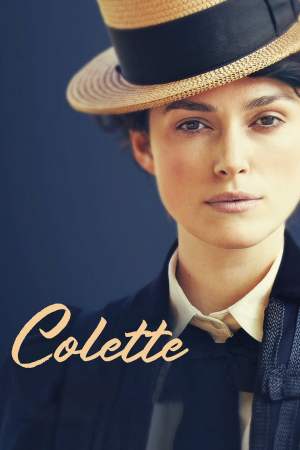 Colette is a fascinating movie that really should be seen by everyone, particularly women. Directed by Wash Westmoreland, it allows the talented Kiera Knightly to again demonstrate her artistic skills while playing a Parisian woman in the 1890s who secretly writes a series of wildly popular novels under her husband’s name.

While Ms. Knightly has previously demonstrated her talent in period pieces such as A Dangerous Method (2011), Anna Karenina (2012), the fantastic Begin Again (2014) and the unforgettable The Imitation Game (also 2014), this intriguing little film is dominated by the performance of Dominic West in his Oscar-worthy performance as her husband Willy. Mr. West is unforgettable in every scene, and if you doubt his talent, hunt down his performances in the splendid films Pride (2014) and Testament of Youth (2015).

In summary form, Ms. Knightly plays a young country girl known as Sidoni-Gabriele Colette. Romance follows after she meets Willy, who is visiting, and they quickly marry where she moves to Paris with him.

When she becomes aware that Willy is in financial trouble, she authors a story about a girl named Claudine based on her life experience. It becomes an instant hit and she proceeds to write sequels. However, trouble ensues when she begins to question the sad reality that all of the books are released in Willy’s name.

The film is based on a true story, and you watch Willy’s unapologetic adulterous behavior while Colette finds interest in other women. You quickly know that the film is heading for a precipice where Colette demands recognition for her work, and the battle that proceeds to take place makes this a very entertaining film.

The cinematography by Giles Nuttgens is gorgeous at every turn and the wardrobes of our principle characters are absolutely sexually breathtaking. On top of that, given the way beards are now playing a central role in American sports today, you will never see a better mustache and goatee than worn by Willy.

So if you get a chance, hunt this film down while it still plays in the theatre. I fully suspect that when you leave the theatre, you will be saying, “Good grief, this is one time Hammerle was right.”

← The Hate U Give
The Sisters Brothers →