Life confuses everyone in this film. But they are so pedestrian that it’s impossible to care about the outcome. 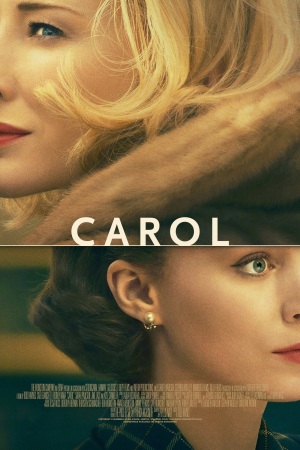 No one embraces the holiday season more than me, but I am now left questioning my cinematic sanity. First I find David O. Russell’s Joy to be a rather lackluster film, and now I jump off the bandwagon concerning Carol. Nonetheless, it is an overly praised film that rests entirely on a spectacular performance from Cate Blanchett.

Look, I know that the Screen Actors Guild and the Golden Globes have fallen over each other to nominate Director Todd Haynes’ film in multiple categories. Nonetheless, I can only say that they are dead wrong in attempting to honor a film that is profoundly disappointing in multiple ways.

As most of you know, the plot centers on a middle-age divorced woman in Manhattan in the early 1950s who finds herself attracted to a female clerk at a department store while Christmas shopping. Focusing on a lesbian relationship at a time it was condemned in our country, the film’s courage is lost as it focuses on characters who are both unappealing and a bit unlikable.

To begin with, Cate Blanchett gives a ferocious performance as the divorcee who is attracted to a young woman played by Rooney Mara, the store clerk. The film beautifully recreates Manhattan in an all but forgotten age, and Ms. Blanchett is as beautiful as her blonde hair, red nails and gorgeous lips.

Unfortunately, she also is a wealthy, conceited woman who spends as little time with her young daughter as possible as she frequents restaurants and bars where there is always a cigarette and a martini in her hand. She appears to be little more than an arrogant, selfish New Yorker who seems to care about little else other than her own satisfaction.

Equally troubling is that every other character seems formalistic at best. To begin with, Rooney Mara, who soon becomes Ms. Blanchett’s lover, is a one-trick pony who does little more than express a sullen stare in every scene. Sure, she has the courage to play a character who is largely ignored on the big screen, but Ms. Mara’s performance is annoyingly one dimensional.

Furthermore, it becomes profoundly tiresome watching our lovers traveling in a large GM vehicle where they are repeatedly filmed through windows that are strangely filthy. Given Carol’s dedication to wealth as reflected by the mansion she lives in, was Mr. Haynes suggesting that she couldn’t afford to have her windows cleaned?

In the end, it is all but impossible to embrace a film when you can’t emotionally embrace the characters. While you want to stand up and cheer for a movie dealing with bisexual behavior, it is hard to do so when asked to cheer for a wealthy Manhattan socialite who closely resembles one of today’s Kardashian sisters. If you don’t care who wins and who loses, how can you care about the film?