Leave The Rover alone and go see Animal Kingdom. Director David Michöd got tragically lost with his most recent film. 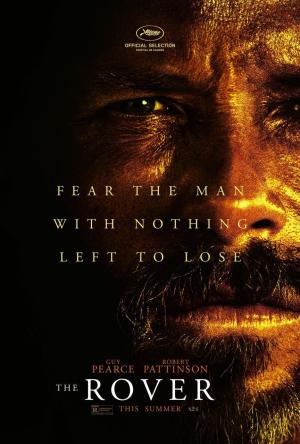 Where have you gone, David Michöd, the viewing audience turns its lonely eyes to you. Your breakthrough film, Animal Kingdom (2010), was a director’s work of art, and we expected so much with your new film, The Rover.

But The Rover is a messy disaster, pure and simple. Taking place ten years after some economic collapse in Australia which has left the Outback looking like a land occupied by Mad Max, every character is as humorless as they are uninspired.

The great Guy Pearce, who deserves Oscar consideration at some point in his cinematic life, plays Eric, a beat-up loner whose car is stolen by three unknown thugs. The entire film involves his lonely pursuit of them across the crushingly barren landscape of Australia, allowing him only to reluctantly befriend a wounded brother of the thieves, who he discovers at a rest stop.

I must also note that everyone in this film is as grimy as they are filthy. No one has the semblance of a moral code, and they kill whenever it is handy. That includes Eric.

The only interesting thing about The Rover is that Robert Pattison plays Ray, the wounded lad who accompanies Mr. Pearce in his single-minded pursuit. While Pattison played little more than a pretty boy in the Twilight series, take a look at his dark, stained teeth in this film. He might have been a good-looking vampire, but his character here is one sad-looking human being.

Given that Eric is pursuing the bad guys in their abandoned truck, you never get the slightest idea of why he wants his beat up car back. The saga is completely unexplainable, and it is hard to keep your interest.

If you want to see some post-apocalyptic story of a man surviving on a journey, then go see Viggo Mortensen and Charlize Theron in The Road (2009). Based on McCormac McCarthy’s novel, it is the tale of a father trying to find some form of a stable society in a land dominated by murderous, zombie-like humans. He just wants to save his 10-year old son, and it becomes a horrifying tale that is both frightening and uplifting.

As for The Rover, it provides nothing other than malice and death. It takes the strength of Guy Pearce to make the movie barely watchable, and it makes you yearn for his past memorable films like the above-referred to The Road; Lawless (2012); The King’s Speech (2010); The Hurt Locker (2008) and Memento (2000).

Finally, if nature is calling you to see an appealing, brutal tale based in the Australian Outback, then go see him in either The Adventures of Priscilla, Queen of the Desert (1994) or  The Proposition (2005). Now those are entertaining.

← Jersey Boys
How to Train Your Dragon 2 →